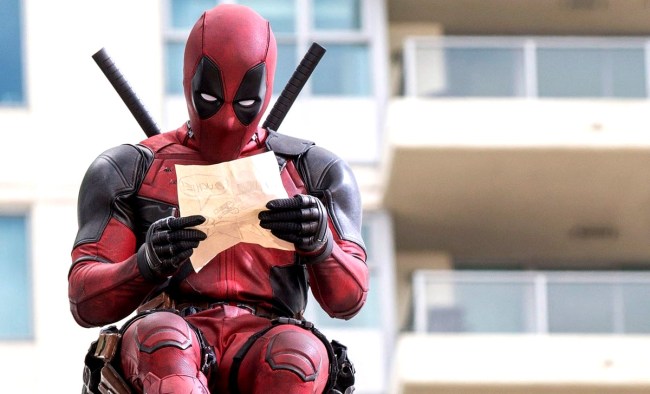 Rob Liefeld, the outspoken creator of Deadpool and X-Force, was recently interviewed by Inverse and shared some not so great news for fans of the first two Deadpool movies.

Prior to Disney’s acquisition of 20th Century Fox, there were several reports that it was full steam ahead with either a third Deadpool movie, or an X-Force movie featuring Deadpool and several of the characters that were in Deadpool 2.

Now that Kevin Feige and Marvel Studios are in charge of The Merc With A Mouth, Liefeld has his doubts.

“We got two brilliant movies, and we live in a culture that always looks forward because all they’re ever selling us is ‘next, next, next.’ It’s the fever,” said Liefeld when asked about a future X-Force movie. “For me, as the fever calms down, people just need to calm down and realize that Deadpool 1 and 2 were released within two years of each other, 2016 and 2018, and I just can’t… I’m not really that crazy about Marvel’s plan right now.”

Liefeld then goes on to make a very good point about Marvel’s plans for Deadpool, saying, “If they started making Deadpool today, it would come out in four years … I can’t be excited about that … You want to know the plan with Deadpool right now? They have a goose egg, zero, zero.”

“That New Mutants movie was shot before Deadpool 2. Next week is two years since Deadpool 2 came out. New Mutants was shot before, and I don’t know what the hell happened, dude. Now it’s on Amazon for pre-order? Just give it to us. Here’s the truth: my friends saw a test screening, and I couldn’t attend that day. I would have been able to sneak in. They loved it. Here’s what I know: all my friends who saw New Mutants in December of 2017 loved it. They loved it.

“They were describing it to me, they said a couple of special effects weren’t done, but they loved it. Then it got taken off the schedule, and then Disney happened, but I hear it’s great,” he added. “Here’s the deal: do you really want to go back and sit in the theater? I’m a giant movie nerd, and it’s gonna be a long time. I do not miss it… I’m not going to a theater where you can sneeze on me. I think we’ve all gotten a little agoraphobic.”

“I hope to God he comes back, I do,” admitted Liefeld. “He’s been seriously firm that he’s not going to be Wolverine, and I foolishly don’t believe him.”

Liefeld doubled down a few days later on Talking Shop with his opinion of Marvel’s plans for Deadpool and also touched on numerous other topics including the rumor that Game of Thrones star Lena Headey could end up playing Wanda Wilson, AKA Lady Deadpool, in a Marvel flick. (Which would be awesome, by the way.)

He then proceeded to temper any expectations for Deadpool and Lady Deadpool, saying, “I blame Marvel…blame Marvel that that hasn’t happened yet,” Liefeld said about why after two blockbusters there has been almost no news about a third movie. “They are the reason it isn’t happening. … If Ryan isn’t making Deadpool 3 right now, that’s because Marvel hasn’t allowed it to be yet and that’s all I’m saying.

“So, do I have a lot of faith in that system? Dude, I have no idea. So this is where I’m not that, I’m not giving you the answers you want. I’m like yeah, yeah. Look if it happens, terrific. How old am I gonna be when that happens? And literally I used to be like, yeah, Mark Ruffalo, Hulk and Deadpool would make for a funny movie right? But, none of these guys are getting younger, right, okay?”