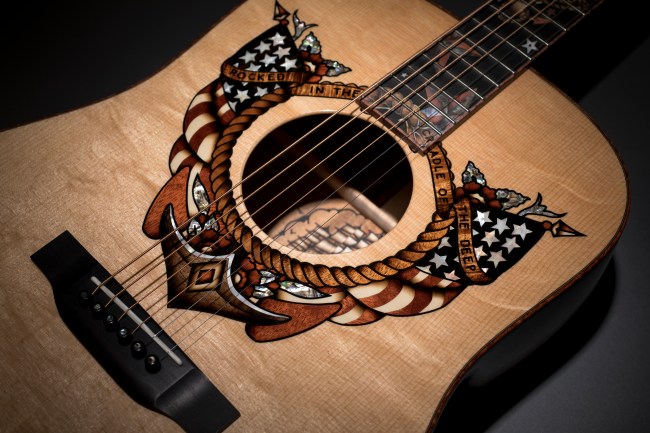 On January 14th, the late, great American tattoo artist and general badass Norman Collins celebrated what would have been his 108th birthday. Collins, known to the world as Sailor Jerry, symbolizes everything great about America’s rugged individualism – A Navy vet, a creative, a straight shooter with a zest for adventure.

Collins helped forge and elevate the American craft of tattooing from his shop in Hawaii during World War II. His designs are immortalized in tattoo shops around the world, along with the spiced rum that holds his namesake. He’s “the undisputed father of American old-school tattooing.”

Dubbed “Ink & Wood”, the two designs retail for $19,999.00, requiring more than 50 hours of meticulous handiwork for each individual instrument at Martin’s workshop in Nazareth, Pennsylvania.

Two completely badass tributes to to American craftsmanship at its highest level.

Now I want to hear someone play it. Can someone get one in the hands of Steve Miller or John Mayer, please? 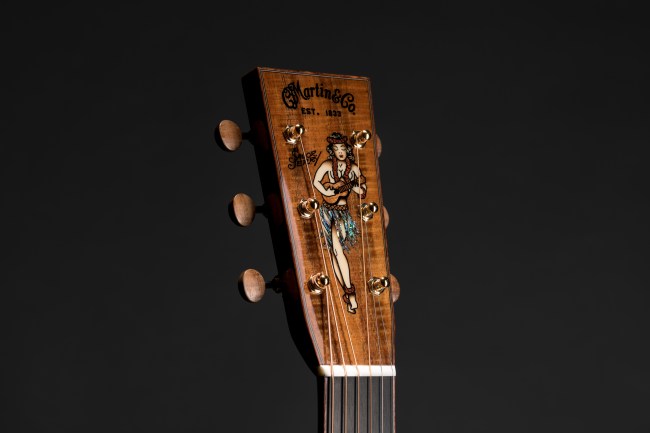 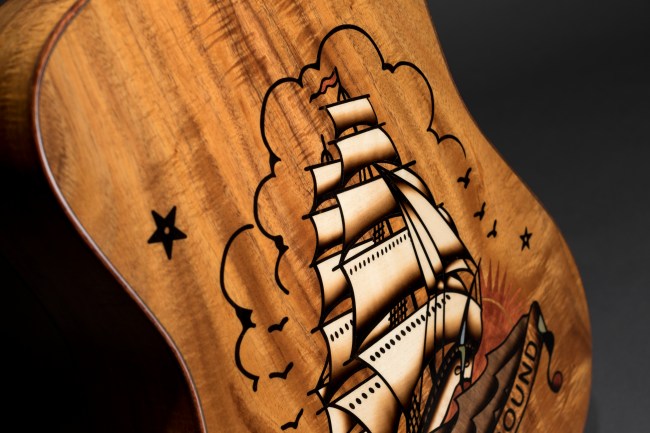 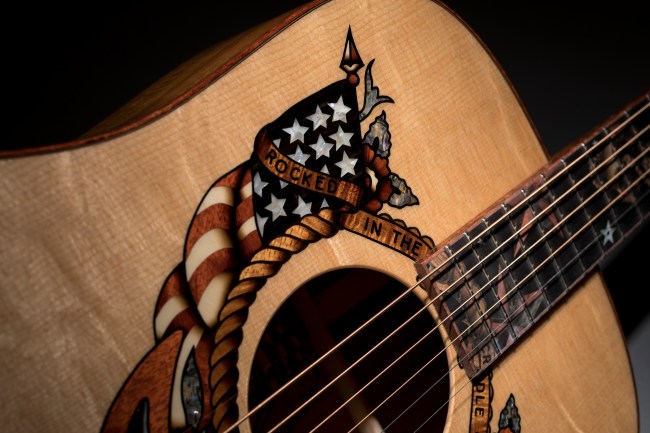 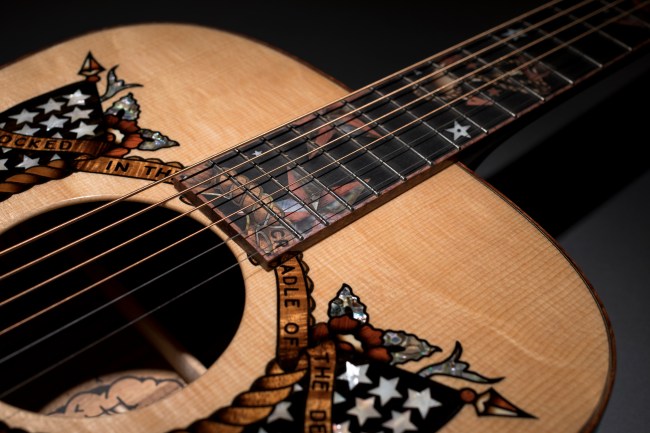 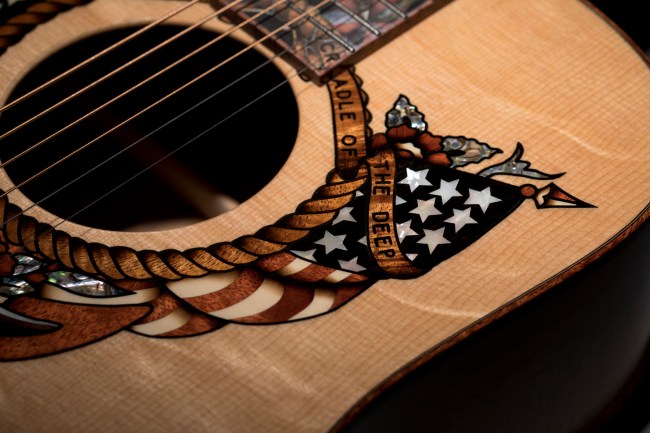 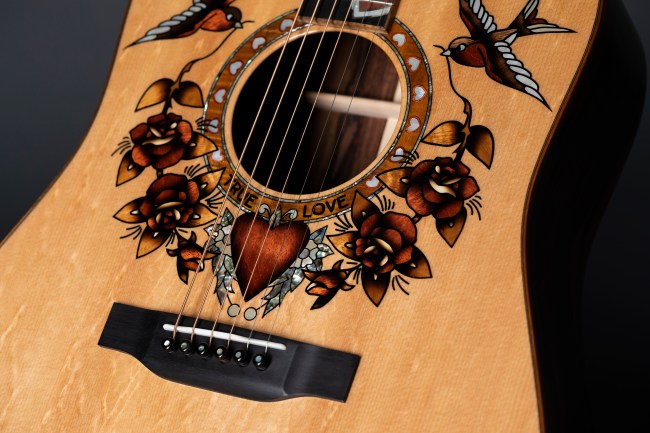 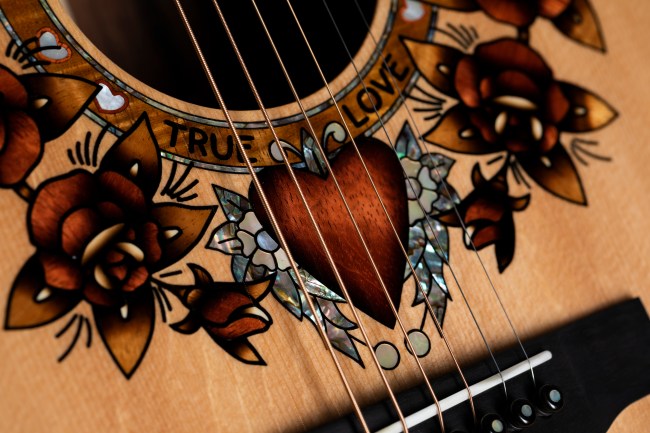 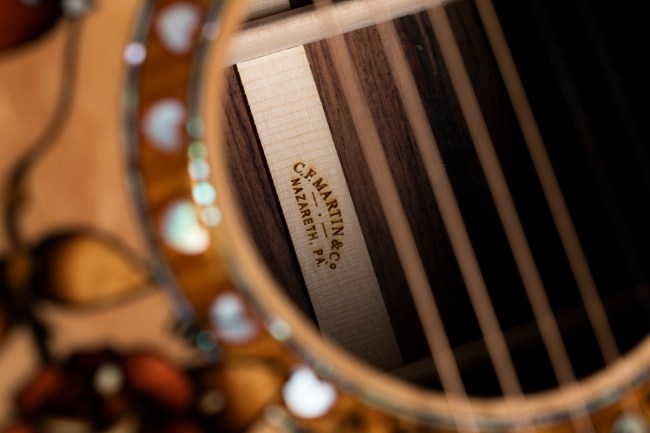 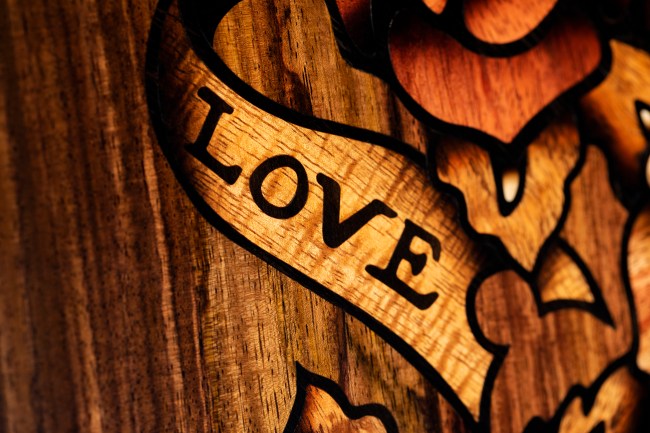 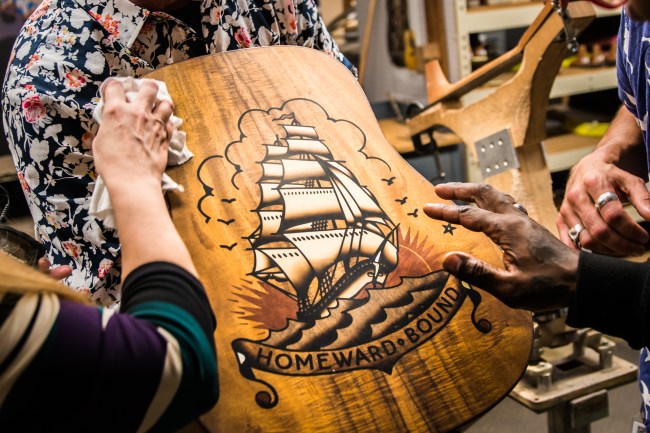 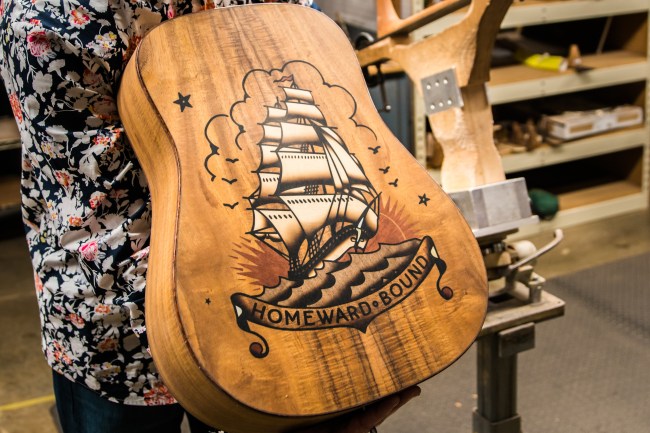 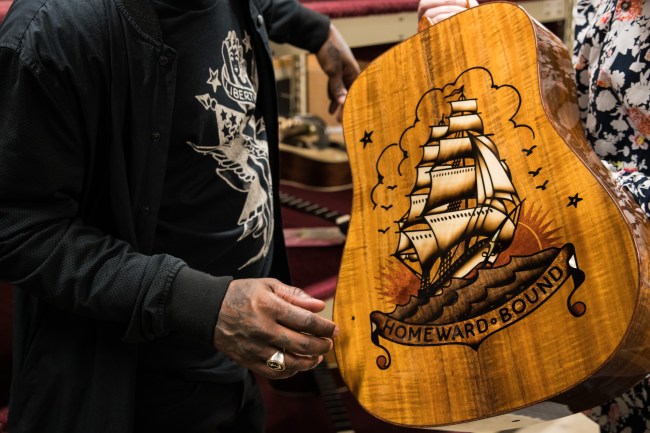 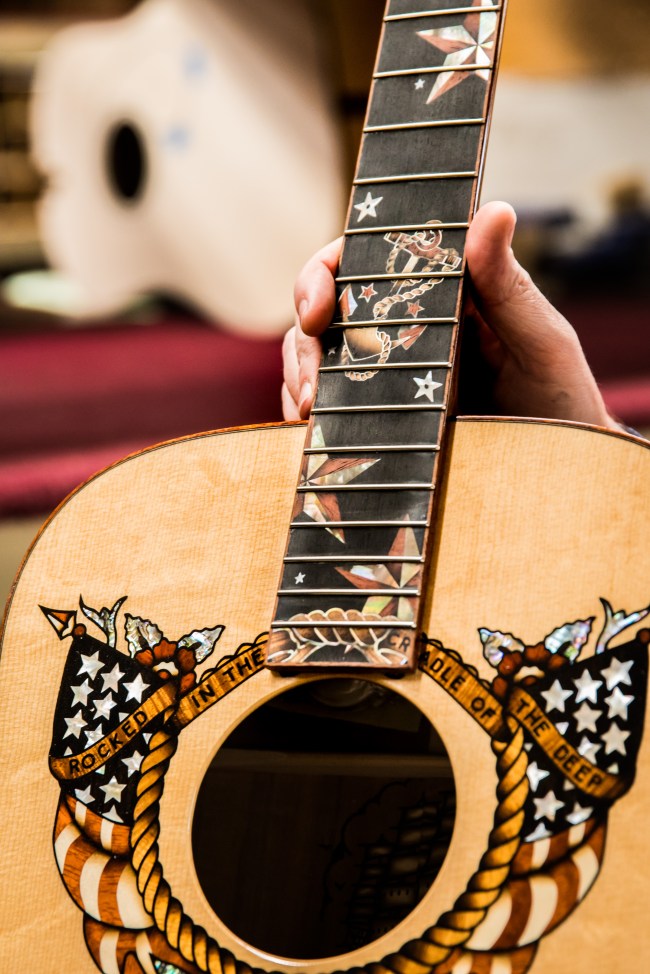 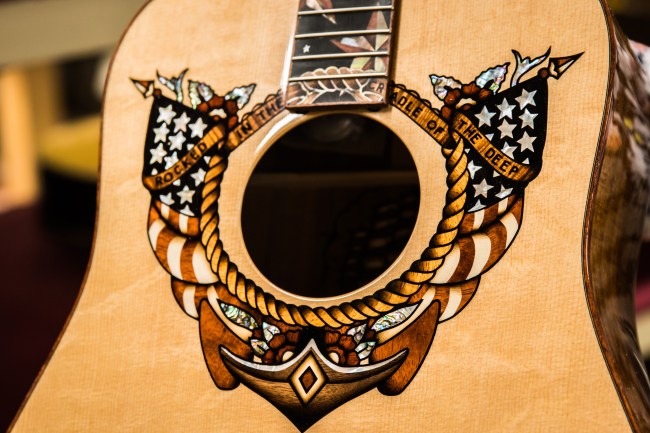 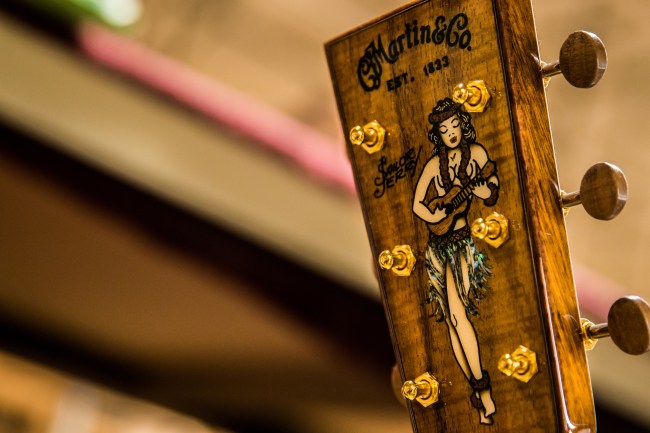