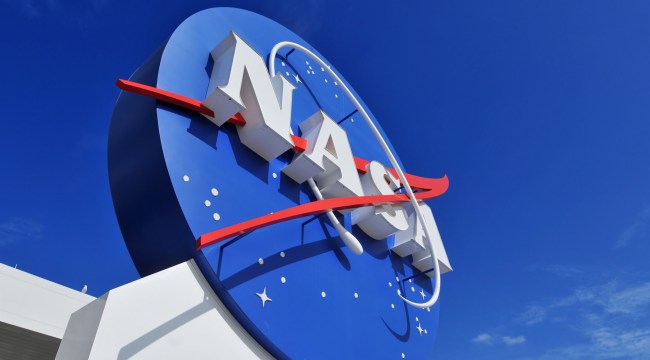 Back in the day, when you thought of NASA, you pictured badass astronauts going off on space missions, risking their lives in order for us to learn more about this far-reaching galaxy in which we reside.

Over the last several months, however, we have done reports involving NASA and space turds, anti-asteroid technology, and Tony Stark.

Now NASA claims that they were duped into a scam by aluminum manufacturer, Sapa Profiles, Inc. (SPI) that ended up costing them $700 million over the past 19 years.

The scam allegedly resulted in the failures of the Taurus XL rocket and the Glory scientific satellite.

From NASA’s investigation, it is now known that SPI altered test results and provided false certifications to Orbital Sciences Corporation, the manufacturer of the Taurus XL, regarding the aluminum extrusions used in the payload fairing rail frangible joint. A frangible joint is a structural separation system that is initiated using ordnance.

“NASA relies on the integrity of our industry throughout the supply chain. While we do perform our own testing, NASA is not able to retest every single component. That is why we require and pay for certain components to be tested and certified by the supplier,” said Jim Norman, NASA’s director for Launch Services at NASA Headquarters in Washington. “When testing results are altered and certifications are provided falsely, missions fail. In our case, the Taurus XLs that failed for the OCO and Glory missions resulted in the loss of more than $700 million, and years of people’s scientific work. It is critical that we are able to trust our industry to produce, test and certify materials in accordance with the standards we require. In this case, our trust was severely violated.”

The U.S. Department of Justice recently came to a resolution of criminal charges and alleged civil claims against SPI for falsifying thousands of certifications for aluminum extrusions to hundreds of customers.

“For nearly 20 years, Sapa Profiles and Sapa Extrusions falsified critical tests on the aluminum they sold — tests that their customers, including the U.S. government, depended on to ensure the reliability of the aluminum they purchased,” said Assistant Attorney General Benczkowski of the Department of Justice’s Criminal Division. “Corporate and personal greed perpetuated this fraud against the government and other private customers, and this resolution holds these companies accountable for the harm caused by their scheme.”

SPI agreed to plead guilty to one count of mail fraud and to pay $34.1 million in combined restitution to NASA, the Department of Defense’s Missile Defense Agency (MDA), and commercial customers. SPI has also agreed to forfeit $1.8 million in ill-gotten gains, and pay $34.6 million “as part of a related civil settlement to resolve its liability under the False Claims Act for causing a government contractor to invoice MDA and NASA for aluminum extrusions that did not comply with contract specifications.”

However, after all of that, according to a press release issued by the Department of Justice…

“SPI disputes NASA’s positions, and except for those facts admitted to in the DPA [deferred prosecution agreement] and the plea agreement, the claims resolved by the civil settlement are allegations only. There has been no determination of liability.”

Well, it’s all good then, right?