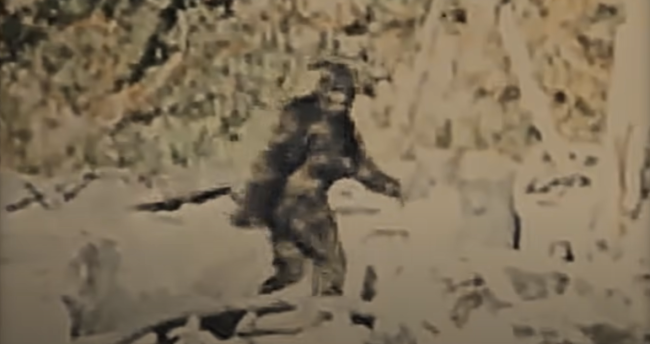 Is Bigfoot a serial killer who preys upon marijuana farmers in the Pacific northwest? That is the intriguing question that the new Hulu documentary titled Sasquatch attempts to answer.

On 4/20 – Weed Day, Hulu released a new documentary about weed farmers being hunted down, possibly by Bigfoot, on 4/20 appropriately enough.

Sasquatch investigates the conspiracy theory of Bigfoot, while simultaneously also being a crime drama. The documentary examines the Emerald Triangle, a region of northwest California synonymous for marijuana farming. The Emerald Triangle includes Humboldt, Trinity, and Mendocino Counties.

While searching for Sasquatch, a supposed 9-foot-tall half-human creature that weighs 1,000 pounds, they also discovered that three unidentified Mexican cannabis farm workers were murdered in 1993. But they just weren’t murdered, they were “torn limb from limb by someone or something in the woods,” according to Vogue.

“There’s the one story about a guy out in Weitchpec [in California] who got pulled apart,” said Bigfoot-seeker James “Bobo” Fay, according to the New York Post. “Like, all four of his limbs and head pulled off. That was back in the early ‘70s. Man, when they see you, they see a big, old slab of meat walking out there.”

“There’s been rumors up there about 10-foot-tall pot plants — the buds on top are all snapped off,” Sasquatch hunter Jerry Hein suggests in the documentary. “Well, it’s Bigfoot. They eat ’em like corn. Plus, they get a nice, little buzz off it.”

The documentary features the iconic 1967 Patterson-Gimlin Film, which is said to be “the gold standard of bigfoot footage.”

The three-episode docu-series is directed by Joshua Rofé, who produced Lorena and Wild Wild Country.

“This is a ghost story. We set out to make a documentary hunting down the source of this ghost story,” Rofé told the New York Post. “Not trying to prove the existence or not of this mythical beast, but to find the source of this absolutely insane story about a Sasquatch murdering three people. And so it was a wild thing to suddenly sit down with people who said, ‘Yes, I’m aware of that story. And I also believe that it happened.’”