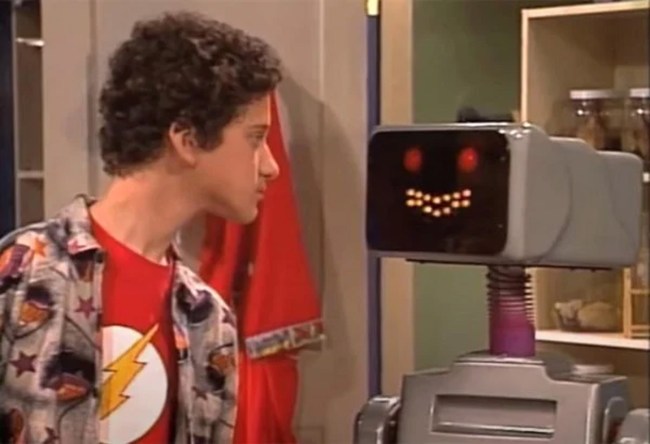 When we first learned that NBC was planning on a reboot of Saved By The Bell for their new Peacock streaming service, we wondered how many of thw actors from the original cast would be appearing in the show’s revival.

At first, the only actors that were confirmed to be coming back were Mario Lopez (Slater) and Elizabeth Berkley (Jessie).

Then, and this was a biggie, Mark-Paul Gosselaar was signed to reprise his role as Zach Morris.

Then, we had to wait a little while for confirmation of Tiffani Amber Theissen coming back as Kelly Kapowski, and, despite initial statements to the contrary, Lark Voorhies was signed to return as Lisa.

But… what about Screech?

Well… other than false rumors that he had died in a prison riot, the show was radio silent with regard to the possible return of Dustin Diamond.

Perhaps Saved By The Bell producers were turned off by the sex tape he created and may or may not have performed in, Screeched – Saved by the Smell. Or maybe it was his appearances on a bunch of D-list TV shows like Celebrity Boxing, Celebrity Fit Club, Celebrity Big Brother, and Hulk Hogan’s Celebrity Championship Wrestling. Or maybe it was the fact that he published a salacious tell-all book about the show called Behind the Bell. Or it could have been the fact that in 2015, he was sentenced to four months in prison over a stabbing incident at a bar.

Or maybe it was ALL of those things.

Regardless of the reason, Screech is persona non grata on the Saved By The Bell reboot.

So, how did the show explain one of the key members of their early 90s high school posse being absent?

Apparently, Samuel “Screech” Powers can’t be at the school because he is currently on board the International Space Station with Kevin, the A.I. robot that he had on the show’s original run (pictured above).

Diamond told TMZ earlier this year, “If I’m not in the new one, then you know… how do you have Saved By The Bell without Screech? Right? I mean, it seems like there’s a missed opportunity there.”

Well, the answer to that question, at least according to Lisa Turtle, is, “[With Dustin Diamond,] the almighty dollar rules on that. He wants to be paid and respected. We would love for him to come back on set. He’s going through his growing pains…He’s going through his adult issues and all of that but I am sure he’ll be back — granted they have the perfect contract for him. I’m sure he would be back.”