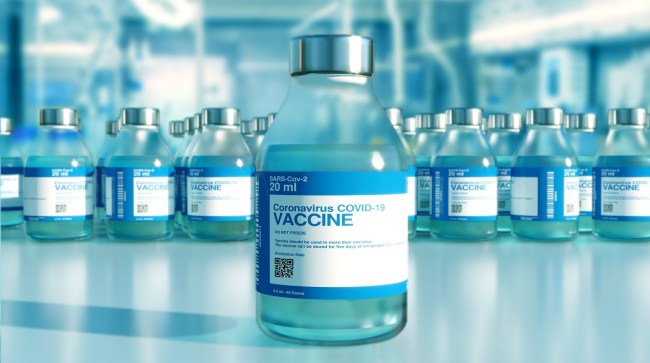 Any time there is a crisis affecting a large number of people such as the current global coronavirus pandemic there is one thing that is guaranteed: someone is going to try and profit off of it, many times illegally.

70 of those people have now been arrested.

Chinese news agency Xinhua reports that as of Wednesday, the Supreme People’s Procuratorate (SPP) in China approved the arrests of 70 suspects as part of a scam that involved selling COVID-19 vaccines that were nothing but saline solution or mineral water, as well as conducting mass inoculations without authorization.

One of the suspects, the alleged leader of the scam, Kong Mau, sold more than 58,000 counterfeit COVID-19 vaccines and pocketed around 18 million yuan, or close to $3 million.

Kong’s team had started producing “vaccines” since August by injecting saline or mineral water into pre-filled syringes and tried to sell them to the market by claiming that they had acquired these “vaccines” via the “internal channels” of vaccine manufacturers.

Apparently this is becoming a real problem, according to the BBC.

Some of the counterfeit vaccines were sold at inflated prices in hospitals. Others were “administered” by criminals using “village doctors” to vaccinate people in their homes and cars.

Perhaps even more alarming is the fact that some of these counterfeit COVID-19 vaccines may have been been delivered or sold to other countries, including a batch of fake vaccines the BBC reports was smuggled overseas.

The rollouts of COVID-19 vaccines are steadily gaining speed, sparking hope. This, however, has not escaped the notice of enterprising scammers who would like to cash in on the vaccine distribution effort.