A Scarface Reboot Is In The Works, Written By The Coen Brothers 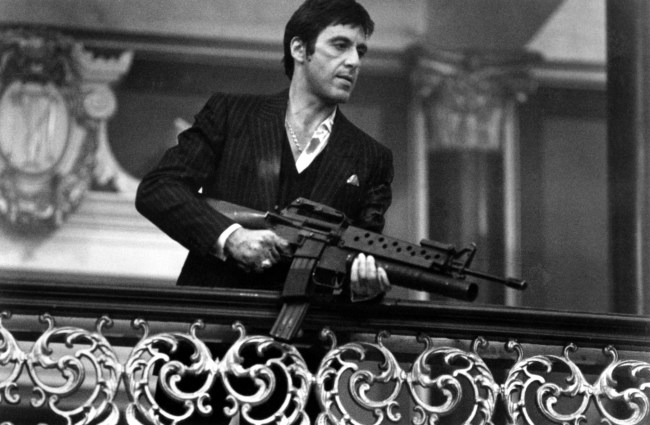 Just reading Scarface brings on a wave of nostalgia. Not for the movie so much, but for MTV cribs. Every single rapper they ever had on that show would brandish his Scarface DVD and we were led to believe that rappers watched the movie on loop, all day, when they weren’t recording music. By the time I finally got around to watching the movie, I realized I could never be a rapper because I didn’t need to see the movie again, immediately, for the next week. I thought it was solid, but maybe I was too young for that chainsaw scene. Also didn’t love cocaine at 12.

Anyway, the movie is so iconic, so quoted, that it’s become something of a punchline—of no fault of its own. Which is why I’m excited to see the Coen brothers breathe some new life into this thing. If we learned anything from A Star Is Born, it’s that movies can be made and remade plenty of times as long as everyone who saw the last installment is old now. Sadly, with this new Scarface, I’m now the guy who will tell the youngsters “you shoulda seen Pacino.”

Don’t know a ton about this Luca Guadagnino fellow, but people liked Call Me By Your Name. I skipped it as I prefer adult-adult relationships, but Armie Hammer is always a tasty entrée.

So! A new Scarface, written by Joel and Ethan Coen. Hell yeah.

Luca Guadagnino will direct the #Scarface reboot with a script by the Coen brothers https://t.co/FFd56Xkxde pic.twitter.com/mDO6XcViaq