Scientists Baffled After Finding ‘Alien-Like Sponge’ Lurking Below 3,000 Feet Of Ice In Antarctica 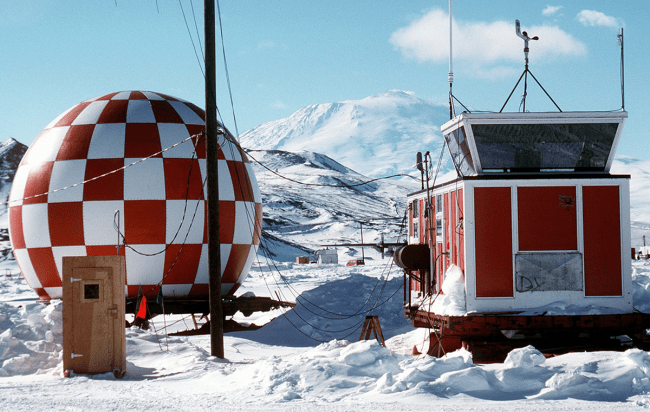 Next year will mark the 40th anniversary of John Carpenter’s The Thing hitting theaters, and despite its age, it still remains one of the best horror movies ever made thanks to its iconic practical effects, a vintage performance from Kurt Russell, and the palpable sense of dread that makes you feel like you’re trapped in a remote research station in Antarctica along with the researchers dealing with a pesky alien lifeform with the potential to invade the bodies of every person on the planet.

The entire situation could’ve been avoided if it wasn’t for the team of Norwegians who stumbled across a spacecraft that had been encased in ice for 100,000 years and made the brilliant decision to excavate a passenger that should’ve remained frozen for eternity, which never tends to work out well—which is why I’m slightly wary of what a group of scientists in Antarctica has stumbled upon.

Every year, the crew tasked with staffing the Amundsen–Scott South Pole Station over the winter sits down to watch The Thing to kick off the months of isolation they signed up for, and while I’m not sure if the British scientists who did some ice drilling on the Filchner-Ronne Ice Shelf follow that same tradition, I find it hard to imagine anyone working on the continent isn’t familiar with the work.

As a result, I can only assume they experienced some conflicting emotions when they spent 20 hours making their way through 3,000 feet of ice in an attempt to obtain some samples before the experiment came to halt after hitting an unknown object.

According to Wired, geologist James Smith and the other members of the British Antarctic Survey conducting the expedition lowered a GoPro down the hole to discover they’d encountered a boulder lurking more than a half-mile below the spot they’d elected to break ground. However, after reviewing the footage, he realized the rock was covered in organic matter, and after sending the video to biologist Huw Griffiths back in the United Kingdom, the latter was baffled after observing the “alien-like sponges” and other forms of life that had absolutely no business thriving in an environment devoid of sunlight where temperatures hover around -28°F.

While they were unable to obtain any samples, Griffiths discussed the discovery in a paper that was recently published in Frontiers in Marine Science, where he theorizes the creatures might be able to thrive thanks to a current that could deliver enough food for them to feed on.

It’s worth noting the discovery was made around five years ago, so it appears humanity doesn’t have to be too worried about dealing with the same issues the world faced in The Thing. With that said, I can only hope that’s the case if the researchers manage to bring some of these lifeforms to the surface at some point in the future—which I sincerely hope they resist the temptation to do.