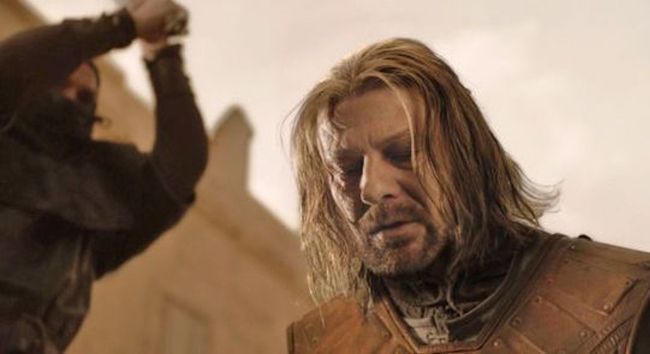 Want to hear something that’ll make you feel old? You know, other than the fact that it hasn’t even been a week since January 6? On April 11, Game of Thrones will celebrate its 10-year anniversary, as the pilot episode — “Winter is Coming” — premiered on that day back in 2011.

In the following years, Game of Thrones would evolve into a cultural phenomenon unlike anything we’ve ever seen, smashing viewership records along the way.

While Game of Thrones‘ remarkable rise was slow and steady (the series didn’t *really* take hold of the pop-cultural zeitgeist until about its third or fourth season, that ascent to the mountaintop of television truly began in its first season, when it made the truly historic and shocking move of killing its main character, Ned Stark.

Sure, fans of the A Song of Ice and Fire novels would’ve seen it coming, but for the general TV audience, the notion of killing the series’ heroic protagonist was a truly foreign concept. Game of Thrones changed all that, and in doing so, it drew a line in the sand that let viewers know this show was going to be something different.

In a recent interview with Entertainment Weekly, Sean Bean, the beloved English actor who played Ned Stark, recently reflected on the historic television moment, detailing what was going through his mind during the grueling day-long shoot.

“It was horror and disbelief — that Joffrey changed his mind [about exiling Ned] — and then resignation and [realizing that he was] seeing his daughter for the last time, Arya,” the 61-year-old actor recalls of the shocking scene in the show’s 2011 episode “Baelor.” “I was trying to think of all four [things]. It wasn’t just, ‘Oh God, I’m getting my head chopped off.’ Those mix of feelings is what made it what it was, I suppose.

“It took like a whole day or so to film it and you so you have to just keep focused on the fact that you’re about to meet your death without messing around,” the actor adds. “I was very hot at the time, so that probably helped. And everybody else’s reactions were fantastic — Cersei and the kids. It was very moving with a lot of pathos in that scene. Then I put my head in the block and I was finished for the day.” [via Entertainment Weekly]

Despite Game of Thrones’ eventual subpar ending (I’m still not over Season 8, to be quite honest), it’s vital to remember that its legacy is that of a generation-defining, medium-shifting series. Yes, it’s final chapter was a letdown, but prior to that, Game of Thrones redefined what a television show could be.