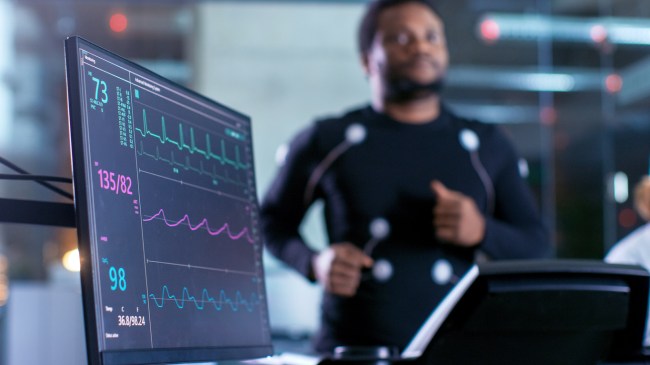 One of the fun parts of having a job that requires me to navigate the far corners of the internet on a daily basis is that I’m constantly reminded of what a failure I am compared to the people who get stories written about them because they figured out how to pay off their student loans while also saving $100,000 in three years before quitting their job to embark on a grand adventure around the world.

A lot of those people also happen to be insanely fit just to rub it in a little more but they have nothing on the subjects of articles concerning some truly absurd body transformations, whether we’re talking about normal bros who morphed into physical specimens, the actor who dramatically reinvented himself after deciding he was tired of getting typecast as “the fat guy,” or the dude from Silicon Valley who somehow became an Adonis.

I’m always momentarily motivated by those reinventions before realizing I lack the combination of time, money, and willpower required to achieve similar results and ultimately resume my semi-sedentary lifestyle and continue to follow a diet where alcohol contributes to a higher percentage of the calories I consume than most medical professionals would be comfortable with.

I’m one of the many people out there who’s been patiently waiting for the scientific community to invent a pill that allows you to experience the benefits of exercise without having to deal with the pesky “exercise” thing, and a couple of years ago, it appeared our prayers had been answered (assuming you were able to ignore the increased risk of cancer that came along with taking it).

Now, according to Science Daily, a different group of researchers recently stumbled upon another possible way to come to the rescue of the lazy masses courtesy of Sestrin, a protein capable of boosting endurance and weight loss with close to no physical exertion required.

Scientists working for Michigan Medicine explored the impact of Sestrin by conducting experiments on flies and mice and discovered they managed to outperform the control groups after the protein was inserted into their muscles.

The researchers are hoping this discovery can eventually be used to benefit people who have experienced muscle atrophy for various reasons but stressed it will likely take some time until they can scale the molecules they used to conduct their tests on a small scale.

As a result, we’re likely going to have to wait a while to see if this could indeed be a miracle cure but it’s certainly a small step forward for people who don’t take many steps on a daily basis.