39-Year-Old Guy Makes Simple Changes To His Diet And Lifestyle, Ends Up Losing A Whopping 125 Pounds 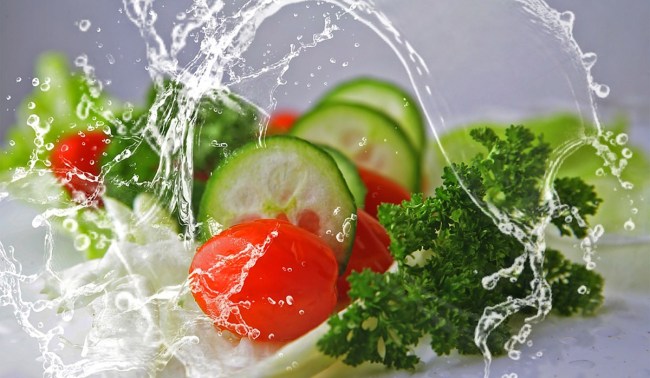 It’s always inspiring to read about people who made diet changes and committed to an exercise and workout regimen in order to achieve a major body transformation.

We’ve even seen professional athletes like Andrew Luck do it.

But the coolest body transformations are probably when the average bro does it, because we know that they did it without the help of high-dollar trainers, chefs and other support staff.

Such is the case with one man named Dan Keiver, an IT professional who like many of us spends much of his day sitting and staring at a computer – a surefire recipe for easily becoming out of shape.

In a recent interview with Men’s Health, Keiver, who at his heaviest weighed in at 325 pounds, explained how he ended up that way.

After sitting around at work, he would head home and sit around even more playing video games. Sound familiar? Wait… there’s more.

“Portion control and snacking were my problems,” he says. “I ate too much and I ate when I was bored. I also had — and still have — a sweet tooth, so that didn’t help.” Paired with his aversion to working out, this behavior was a recipe for a weight gain disaster. Despite the fact that he found himself sweating while performing mundane tasks like cleaning his home, and stark warnings from his doctor about his weight, none of it really mattered to Keiver. Until, that is, the day his son was born.

“There was a very clear lightbulb moment for me,” Keiver said of when he decided he needed to get healthy.

That was when Keiver realized that at age 39, he was only 14 years away from the age his father had passed away as a result of heart disease.

“When my son was born, I couldn’t help but do the math, and it scared me. If I made it as far as my dad, I’d be leaving my son behind at 14 years old. I had to do way better than that,” he said.

Beginning with changing his diet (no fad diets for him), Keiver went the old, tried-and-true route of counting calories using MyFitnessPal, eating between 1700-1800 calories a day using a balanced diet of carbs, fat, and protein.

His goal was to lose two pounds per week. He did even better than that. Now, at age 41, Keiver weighs 180 pounds

“There was a very clear lightbulb moment for me." https://t.co/kTDsLaUosH

Now the guy who used to break a sweat doing simple tasks like cleaning the house, regularly runs and cycles and plans to compete in his first half marathon this summer. He even inspired his wife to lose 95 pounds, while she, in turn, inspired him to keep going.

Read more about Keiver achieved his incredible body transformation over at MensHealth.com.