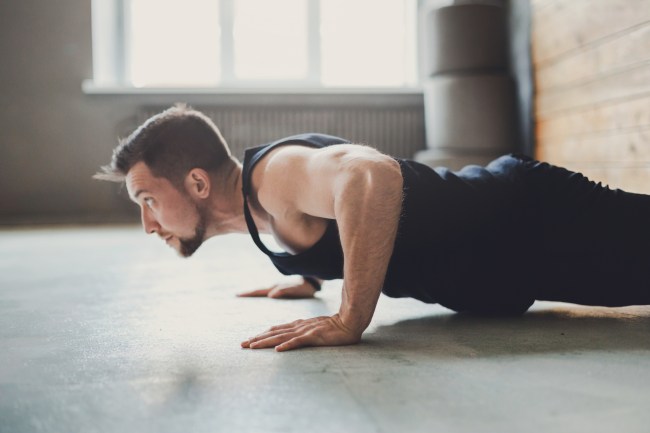 [Editor’s Note: This is republished from a few years ago. We felt Nick’s lessons can still be applied to help you reach your goals in 2019]

New Year’s is always an exciting time. It’s a time ripe with hope and the overwhelming relief of starting anew. Most people enter January with certain goals in mind. Kind of like the ultimate Monday, the first of the year seems like the perfect day to finally get started with whatever resolution you may have chosen.

If you ask 100 different people their individual resolution, you’d get more than a handful of different answers. But, far and away, the most common goal is almost always, “getting (back) into shape.” In fact, if you’re reading this, there is a good chance you may be partaking in that exact goal.

With New Year’s having come and gone we are starting to get into a very important stretch. While the vast majority of people begin the year with a big fitness goal in mind, roughly the same amount bail on that goal within the first few weeks.

Rather than writing another boring article about why you should keep chasing that goal, I’m going to tell you about the things you’ll learn if you do achieve that goal.

But before I do that, let me introduce myself:

Hi, my name is Nick.

Let me tell you a few lessons I learned while finally succeeding with my “resolutions.” Things learned via fitness that go a bit deeper and end up transcending the “fitness” tagline. Things that you will learn too. At least if you chose to do so. 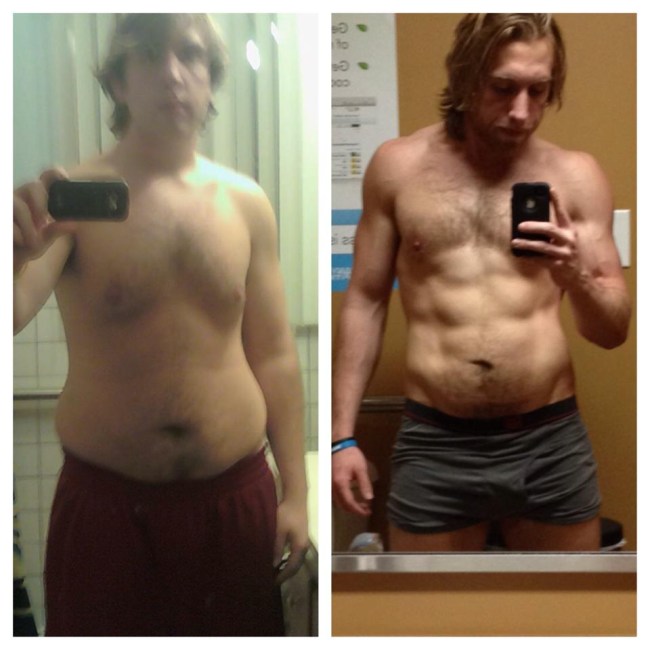 #1. Changing your life starts with “Why”

This is the big one. (That’s what she said)

This is where many people starting their fitness journey tend to slip up. We know the basics: We know we want to lose weight, to look better, to feel great.

And while we know we want these things. We really do not know why we want them. Not exactly, anyways.

The harsh truth is that (sometimes) working out can really suck. There will be days where you aren’t motivated. And there will be days where you’ll want to hit that snooze button eighteen times too many. These are the days that count, these are the days that decide whether or not you’ll succeed long term. And the only real way to overcome these days is to have a strong and specific goal.

Find a reason that makes these shitty workouts worth it. Because if your reason for getting out of bed isn’t stronger than the discomfort you feel — you will fail. Losing weight sounds better than late night taco bell. And getting jacked sounds WAY better than sitting at home Snap-chatting our lives away. But, when it comes down to it, we very often choose the latter. Not because we value it more, but because we lack an understanding of exactly why we want to lose weight or look better.

Bro Tip: This applies to more than just fitness.

Getting your degree (shoutout to my fellow 7th year seniors) sounds better than spending your “study” nights as a drunken mess; pissing in your bed and sleeping on your toilet. But once again our actions speak otherwise.

So in order to succeed, you first must find your why.

Maybe you want to be the first person in your family to graduate college. Or… Maybe you just want to impress the cute co-ed down the hall (Yo 0823, I’m still waiting for that call).

#2. When Starting: There is No Such Thing as Bad Motivation

In the arch of any good storyline, a hero receives what is called, “a call to action.” This is simply something that spurs our hero into action; setting them on their path to glory and greatness. In fitness (and life) you’ll likely receive something similar that causes things to “click” inside your head. An event that makes you realize you need to do something.

Mine, while a bit different, went something along the lines of:

Those eight words hit me in the face harder than a Conor McGregor sucker punch. Ouch.

Luckily, though, they also lit a fire under my ass and got me motivated to change what I attributed her lack of interest to.
(My ironically-named love handles)

It’s easy to get tripped up on why you’re motivated, thinking that it should always “be for you,” and that any other reason is wrong. The fact of the matter is that any motivation is good motivation, as long as it gets you started. Because if something wrong gets you headed to the right places. Was it really that wrong? I don’t think so. Unless, of course, you’re trying to lose weight to join ISIS. In that case, stay fat.

Bro Tip: Eventually, there is no such thing as “motivation”

Initially, I was motivated by a girl. Everything I did was with her in mind. Every time I faltered, it was the thought of her that helped me right the ship. After time, though, something funny happened: It became less about her and more about me.

While I may have started out trying to change things for “the wrong reasons,” this weight-loss journey eventually allowed me to change and discover the right reasons.

I began to love the way I looked and the way I felt. I began to value my health. And before long, working out and eating right just became another part of my day. Similar to taking a shower or brushing my teeth, things you do without any motivation.

When trying to accomplish anything in life, there are 2 things you must realize: Instant results are impossible. And…Consistent slow progress is infinitely faster than the alternative.

Sadly, in this time of microwave dinners and 10 minute ab routines, people want things… and they want them now. Even sadder than that is the fact that the desperation for instant satisfaction is exactly what keeps many people from ever being satisfied at all.

Look, I get it. It can be easy to be blinded by a big goal like losing 100 pounds or graduating college.

But this can’t keep you from staying focused on the now and the overwhelming truth that all great things take time. Losing only one pound this week may not seem like much, but over the course of a year, when done consistently, you’ll find yourself down 50+ pounds.

That is nothing to sneeze at.

If you’ve got a big goal in mind, stay focused on doing the little things daily that make a big impact.

We would never enroll in college, work our asses off for a month, and expect to be handed a degree. But if we focus on studying, finishing our homework, and attending class? Eventually that degree may become a reality.

Trying to lose weight? Hit your workout, nail your nutrition, drink that water. Do these things daily and eventually you’ll realize that those small consistent efforts were not so small after all.