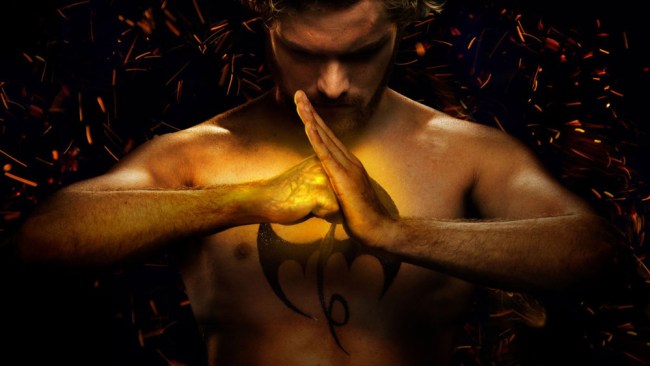 I don’t know about you, but something that doesn’t always cross my mind when watching action stars perform on TV or in the movies is the fact that these actors had to put in some very serious time training and working out to play their roles.

I just finished watching season two of Iron Fist on Netflix and while I won’t get into any details, there is no doubt, based on the fight scenes from both this season and last, Finn Jones who plays Danny Rand, aka Iron Fist, has been putting in work.

Much like his superhero contemporary on Netflix, Mike Colter, who plays Luke Cage, Jones had a specific workout plan to both look the part and be able to perform the intense fight choreography.

“I was excited that we had this chance with stunt coordinator Clayton Barber to really dial in the fights,” said Jones. “This role requires me to be long and lean so that I can move fluidly, rather than just putting on tons of muscle.”

Jones also revealed he followed a strict diet plan as part of his preparation, saying, “I dedicated myself to it. I cut out alcohol and was eating as clean as possible every meal.”

All of which only led him to being ready for more training in the all-important art of kung fu with Shi Yan Ming, a 34th generation Shaolin warrior monk and head of USA Shaolin Temple in New York.

“He yelled at me for ‘more chi’ and for ‘more power’,” shared Jones. “I was able to find a reserve of energy that I never knew I had through our work together. You never really know what you have until you truly test yourself.”

So if you watch season two of Iron Fist, or like me, already have, and think the fight scenes look better this year, you can thank the workouts and training Jones underwent prior to the season. Oh, and stunt coordinator Clayton Barber, the guy who recently worked on the fight scenes for a little movie called Black Panther.

Thanks to Barber, and all that training, the lead actors in Iron Fist ended up performing as many of the fight sequences as possible, which certainly paid great dividends in the end.

Read the entire discussion with Finn Jones over at MensJournal.com.