Jean-Claude Van Damme May Be 57, But Most People Half His Age Still Couldn’t Handle His Workout Routine 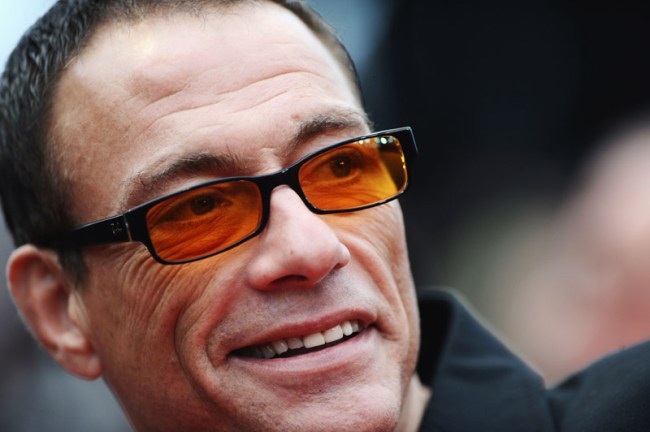 Our man, JCVD turned 57-years-old on October 18th, but that doesn’t mean “The Muscles From Brussels” still doesn’t work out like a man possessed.

Back in October, we took a look at the trailer for his upcoming Amazon comedy Jean-Claude Van Johnson in which Van Damme plays a parody of himself who’s really a secret agent and his film career is just a front for his black ops.

Since then Van Damme sat down with Men’s Health to discuss the workout routine he used to get in shape for the role.

Turns out that Sylvester Stallone and Dolph Lundgren aren’t the only old school action stars that can still clang and bang with the best of them.

“I trained this morning. I did my bicycle and 40 minutes of weights, kickboxing and stretching,” he told Men’s Health. He also works out two muscle groups per day: “Let’s say, when I do my chest, I will do biceps and forearms, and [the next day] triceps and back and calves, and then my legs and abs. One day rest, one day train. And then I also do cardio three times a week.”

Ummm… I feel like such a sloth now, how about you?

So, how does JCVD manage to still be able to undergo such a demanding workout regimen?

“I think it’s because I started training when I was very young. I was always into flexibility training, so it made my muscles very elastic. Also, I have good genes from my parents, and that DNA is very important. My mother and father’s skin is impeccable.”

Ah, yeah, I don’t have any of that going for me.

One last question. Can you still do his famous Van Damme splits?

“I can still do my splits!” he proudly enthused.

Damn right he can. He may be 57, but he’s got to still be able to keep up with his kids, you know?