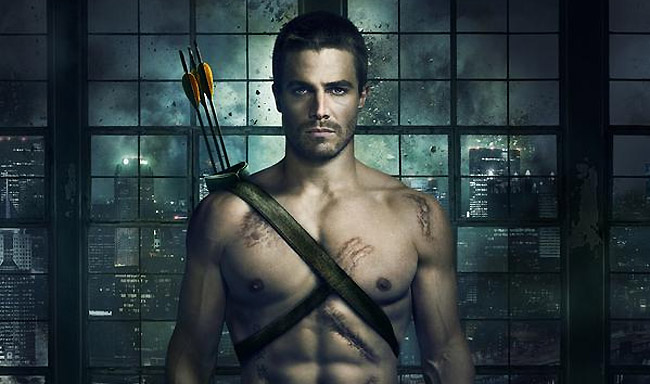 Playing a superhero in a movie or on TV means that it’s a pretty good bet that you’re going to have to be in pretty good shape and have some kind of workout program. Ryan Reynolds has one. Chris Hensworth has one. Finn Jones and Mike Colter have one. As does Josh Brolin, Henry Cavill, Tom Hardy, and one other actor who plays the Green Arrow on The CW show Arrow: Stephen Amell.

Heck, Amell works out harder ON the show than most of us do in our spare time when we are not doing our job.

With Arrow back and going full-bore in its seventh season, Amell recently spoke to Men’s Journal about the riduclous amount of working out he’s had to do for the role, saying, “I had no clue how many days I was going to be spending in the gym.”

Thomas Taylor, a martial artist and conditioning coach, is the man assigned with putting Amell through the paces each season. He says he and Amell try to keep the workouts fresh, “The fact is Stephen is a natural athlete, and like most athletes he doesn’t want to spend all day in the gym. So I want to build programs that are both interesting and challenging for him.”

Whatever they’re doing is definitely working as, in addition to seeing how ripped Amell is on the show, he’s also dominated the American Ninja Warrior course and successfully wrestled in the WWE on the side. 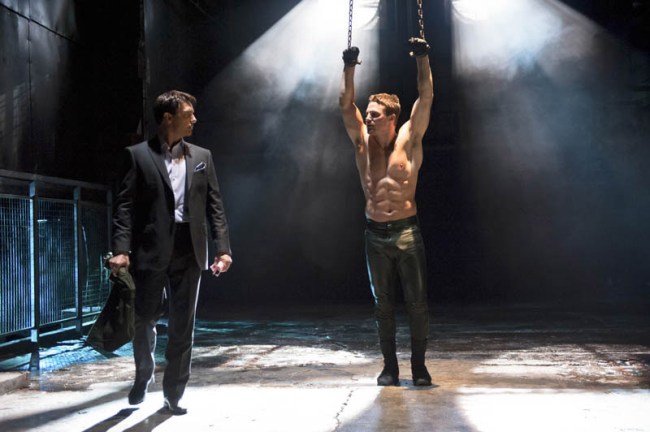 Speaking what it is that they’re doing, here’s a sample circuit from a typical training week for Amell…

As for what he puts into the machine, Amell tries to avoid gluten, dairy, and processed sugars and eats plenty of lean proteins, vegetables, and complex carbohydrates.

Learn more about Stephen Amell’s workout program over at MensJournal.com.