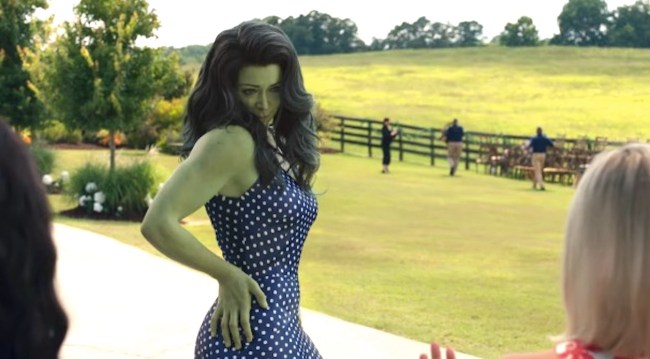 Folks, I come to you today with a painful admission: I am worried about the state of the Marvel Cinematic Universe, at least as far as the ongoing Disney+ experiment is concerned.

Marvel hard at work cookin’ up that MID https://t.co/hO7tGb09Zw pic.twitter.com/cb8ssqE5zR

And before anyone tries to come at me with claims of sexism or whatever, the reason I’m worried about the MCU’s Disney+ experience has less to do with She-Hulk or Ms. Marvel or Echo and more to do with Moon Knight, which I thought was the worst MCU series on D+ yet despite boasting the most exciting character and actor to feature on the streamer so far. But I’ll save my Moon Knight complaints for another article on another day.

My point, though, is that Ms. Marvel — which releases in June and does look like a lot of fun, to be fair — is now virtually make-or-break for me in regards to my enthusiasm for the MCU’s TV shows. After coming out of the gates firing with WandaVision, The Falcon and the Winter Soldier, and Loki, the trajectory of the franchise’s TV vertical has since dipped with the likes of What If…?, Hawkeye, and Moon Knight.

Even if Ms. Marvel does turn out to be a smash hit, though, it certainly doesn’t seem like Marvel is in the clear quite yet, as the first trailer for the upcoming series She-Hulk: Attorney at Law has resulted in the powerhouse studio getting absolutely crucified for the quality of the CGI.

vfx artists who already work on 37 marvel movies a year getting told they have to animate she-hulk for 6 episodes pic.twitter.com/zUlwTE7Oyt

This is so sad. Hulk is such a rich and complex character but he has been reduced to the "goofy CGI boi" pic.twitter.com/qMzncNr8K2

"The CGI will be better when it comes out, it's just a trailer" has maybe been written 50,000 times in the last decade and I can't remember a single instance of it being true

“Maybe the CGI isn’t finished yet,” said the Marvel fan after watching almost 30 movies and 5 entire shows with the most barely passable CGI you’ve ever seen, funded by a multi-billion dollar company. pic.twitter.com/AImRJAKzyz

this is what happens when a vfx team is forced to crank out 5 movies and 8 shows in one year pic.twitter.com/G7OXbbEy83

me pretending i don’t notice the bad cgi in she-hulk pic.twitter.com/TIAEbpxCxz

#SheHulk as a show looks amazingly fun but the actual CGI looks really unfinished and rubbery. I'm aware it is TV but the STAR WARS stuff manages and they have the budgets to adjust.

I would be extremely happy if this got pushed to next year so that the CGI can be better https://t.co/bYfHGcFDvn

Idc if the She hulk cgi looks like a live action background character from shrek. That’s mother pic.twitter.com/IiebxrpHUw

Okay I've been excited for this for a bit and as a whole this trailer pleased me but there are some concerns.

1) Jenn transforming instead of just being She-Hulk is a bit of a choice but i imagine itll be ditched
2) the cgi is VERY rough https://t.co/AxiFZxHgUg