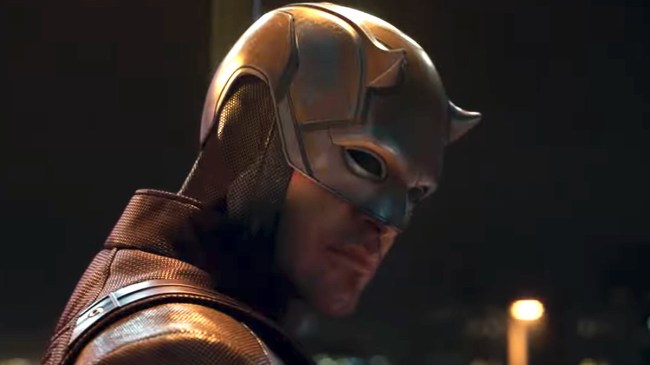 Given that Daredevil has been included in the marketing for She-Hulk: Attorney at Law — hell, he’s been seen in the trailers wearing his suit — using his name in the title of this article is far from a spoiler. And that’s sort of the problem, isn’t it?

Because Marvel and Disney chose to reveal Daredevil’s return in the build-up to the show, fans were not only robbed of the in-the-moment surprise of his unveiling in the show itself but have now been *expecting* him to show up virtually every week, especially after last week’s episode closed with a shot of the Man Without Fear’s iconic horned helmet.

Making matters worse, She-Hulk has been enjoyable in its own right! Had they not teased Daredevil in the trailers, fans wouldn’t be clamoring for him and would just be able to enjoy the series for what it is: a goofy workplace comedy.

As a result, once Daredevil didn’t show up in this week’s episode — the sixth of season one’s nine episodes — fans were quite understandably annoyed with how Marvel has handled this entire plot point thus far.

Daredevil fans after watching this week's She Hulk episode pic.twitter.com/8m90lz0J6U

Marvel fans when they stayed up until 3 am for Daredevil and he's not in the episode #SheHulk #Daredevil pic.twitter.com/kmBPwC181U

One fan pointed out that it’s like “asking” for people to get mad at the show (especially given how wrongly cameo-obsessed most comic book movie fans are):

Odd choice to end last She-Hulk episode with a slow zoom on Daredevil’s cowl if the next episode isn’t about him, you’re asking for people to be mad😭

#shehulk spoiler
.
.
.
.
.
.
.
daredevil stans when matt murdock didn’t show up in this episode either pic.twitter.com/y3U0XD6wIo

I have to admit, teasing Daredevil in She-Hulk which now may be two weeks before his episode is cruel

WHY WOULD YOU TEASE ME WITH DAREDEVIL IF YOURE NOT GONNA GIVE HIM TO ME!? #SheHulkAttorneyAtLaw pic.twitter.com/nkD0s2zTtw

The first six episodes of She-Hulk: Attorney at Law are currently streaming on Disney+, with the following episodes in season one to release on the next three Wednesdays.

RELATED: There Are Rumors Jon Bernthal’s Punisher Will Be The Next Netflix Era Character That Marvel Resurrects