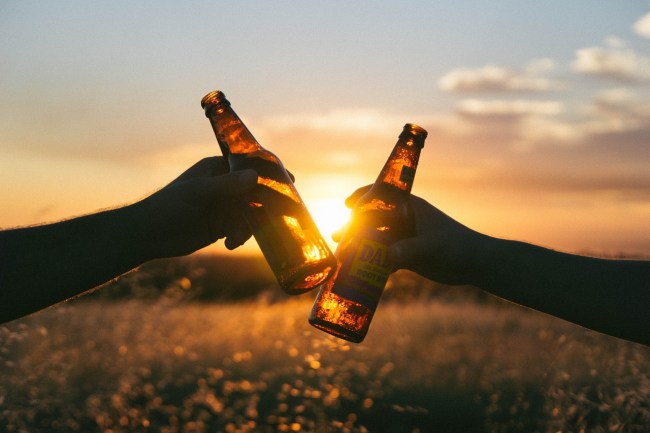 Firefighters continue to battle the blaze that has decimated swaths of land across California in recent weeks and caused tens of thousands of people to flee the affected areas— including one person who drove through the flames to escape and offered firsthand evidence of just how terrifying the scene is.

The death toll continues to rise as responders search for hundreds of people who are still unaccounted for in one of the worst natural disasters to hit the United States in recent memory.

As is far too often the case, it takes some of the worst situations to bring out the best in people but there’s been a huge outpouring of support for people who’ve been impacted by the fire— many of whom will need it far after the flames are extinguished.

Guy Fieri once against proved he’s a great dude by cooking up a huge meal for police officers helping to manage the dire situation.

Guy Fieri made a surprise visit to serve dinner to everyone at the law enforcement staging area at Butte College. Thank you so much Guy for filling our bellies and lifting our spirits. #ButteSheriff #CampFire pic.twitter.com/ZnhNxOa81n

Dave Grohl followed in his footsteps by showcasing his skills as a pitmaster and serving up some BBQ for firefighters on the front lines.

However, that’s just a taste of what people have done so far.

Last week, the craft beer pioneers at Sierra Nevada (whose Chico location is directly in the path of the fire) shelled out $100,000 to create a fund to help with relief efforts.

They also announced they’d start brewing a new IPA and would be donating all of the proceeds to the fund while offering to give any interested breweries the recipe and ingredients required to make the beer if they wanted to contribute to the cause as well.

According to SF Gate, hundreds of beermakers across the country have taken Sierra Nevada up on its offer and will begin brewing Resilience Butte County Proud IPA, a West Coast-style ale that will begin popping up around the country in coming weeks.

If you want to help the cause, you can either keep an eye out for Resilience or donate directly to the fund via PayPal.

Or both. You can also do both.