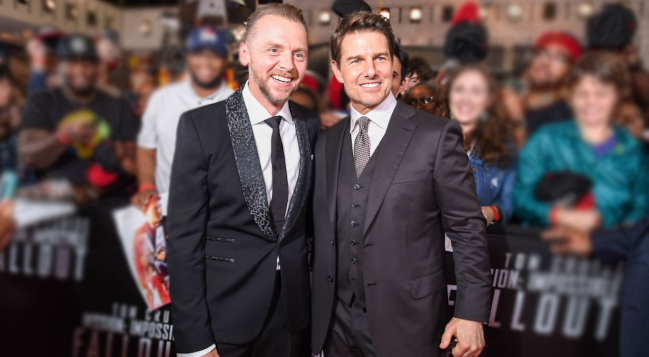 Love or hate Tom Cruise, there’s simply no denying that you have to respect the man — who, despite almost being 60-years-old, is arguably at the peak of his Hollywood powers. The proof is certainly in the pudding, as the widely-beloved Top Gun: Maverick is set to become the most successful film of his nearly five-decade-long career (so far).

Cruise’s box office domination certainly won’t be slowing down anytime soon, either, as his next film — Mission: Impossible – Dead Reckoning Part One — will likely also be a smash hit, as the most recent film in the franchise, 2018’s Fallout, was easily the best one yet and there’s no reason to believe Cruise and director Christopher McQuarrie can’t repeat that same feat with Dead Reckoning.

Due to Cruise’s superstardom, the 59-year-old actor has developed some (infamous) movie star habits, such as apparently “flatly denying” any wrongdoing while on set, according to Mission: Impossible co-star Simon Pegg.

“If something goes wrong and it’s his fault, he’ll flatly deny it,” Pegg said in a recent interview The Sunday Times. “And then if someone corrects him, instead of saying sorry, he’ll just say, ‘Yeah,’ and wink at me.”

Pegg added, “I admitted f—ing up once, and he said — with a wry smile, I hasten to add — ‘Simon, don’t do that.’ He maintains his authority by never being to blame for anything.”