Here’s How The ‘Top Gun: Maverick’ Director Convinced A Reluctant Tom Cruise That The Film Was A Good Idea 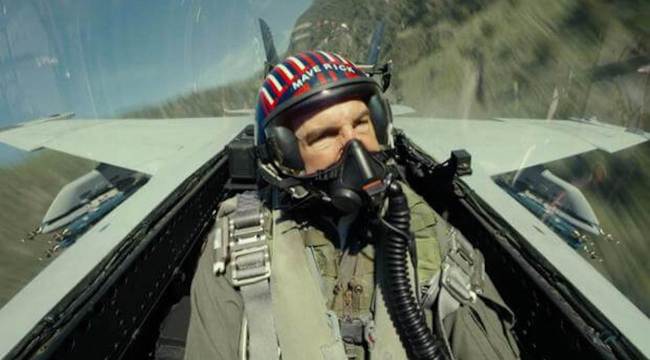 After years upon years of delays — the film wrapped production all the way back in 2019 — Tom Cruise’s fighter pilot action epic Top Gun: Maverick finally hit theaters on Memorial Day Weekend and has since gone on to become one of the most beloved blockbusters of the 21st century.

Finally hitting theaters 36-years after the original Tony Scott-directed Top Gun was released in 1986, the long-awaited sequel was far from a sure thing for years — decades — on end as Cruise mulled whether or not he thought it was the right move for the franchise to make.

While Cruise, obviously, was ultimately convinced to hop back in the cock pit for Top Gun: Maverick, director Joseph Kosinski recently revealed that it took quite a bit of convincing on his part.

During a recent interview with Vulture, Kosinski detailed how we flew to Paris to meet with Cruise in person to try and convince the legendary Hollywood star that making a Top Gun sequel was a good idea:

At the time I came into it, Tom Cruise didn’t want to do the movie, which I found out later. This all started almost exactly five years ago. Jerry Bruckheimer sent me an early draft they were working on and wanted my thoughts. I pitched him my take. He liked it and said, ‘You’ve got to pitch this to Tom directly.’ Jerry and I flew to Paris, where Tom was shooting Mission, and we got about a half-hour out of his time. What I didn’t realize was Tom did not want to make another Top Gun. I got a hint of it when Tom called me after I landed. He said, ‘Joe, thank you for coming out. No matter what happens, it’ll be great to see you regardless.’ And I was like, Oh, wait, he doesn’t want to do this. [via Vulture]

Kosinski then laid out his pitch to Cruise in which he highlighted the relationship between Maverick and Goose’s son Rooster (played by Miles Teller):

But because I had made a film with him before, I knew I had to grab him emotionally. So I opened with the idea that this is a rite-of-passage story like the first film. The first film is a drama, even though it’s wrapped in this glossy action film. This would be the same thing, but it would be Maverick reconciling with Goose’s son set against this mission that would take them both deep into enemy territory. And as soon as I said that, I could see the wheels in his head start to turn.

Kosinski got the final hook into Cruise by pitching the film’s opening action sequence and explaining how it underlines the loneliness Maverick feels at the beginning of the film.

Then I pitched the idea of Dark Star, the opening sequence, what Maverick’s doing when we find him. Which I think was also important because Maverick is still Maverick, but he’s not buzzing the tower at the local air base. He’s on the cutting edge of aviation, pushing the envelope as always. But he’s alone. He’s alone at the beginning of this film. Then I talked about shooting practically, and obviously Tom’s 100 percent in for all that. And then the title. I said we can’t call it Top Gun 2. We’ve got to call it Top Gun: Maverick — a character story. So he pulled out his phone, called the head of Paramount, and said, ‘We’re making a sequel to Top Gun.’ And it was boom, green light. [via Vulture]

Kosinski’s vision for Top Gun: Maverick was obviously a prescient one as the movie is not only beloved by critics and fans alike, but it’s setting all sorts of summer blockbuster box office records, too.