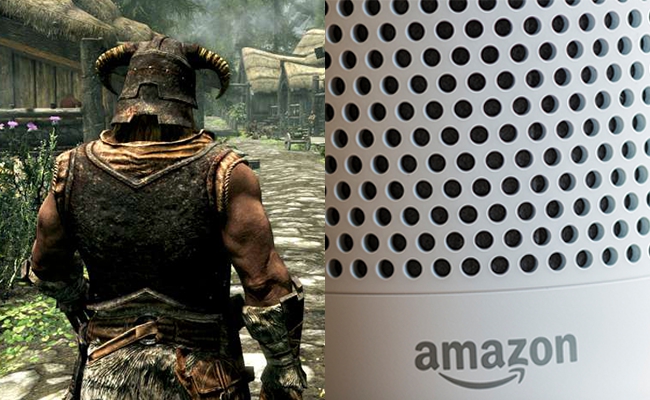 Over the weekend, video game fanatics flocked to Los Angeles for this year’s E3, an annual gathering of all the biggest companies in gaming not named “Rockstar.” Over the course of the event, fans were treated to plenty of trailers and teasers for highly awaited games, with Microsoft coming in hot with a bunch of new titles and other studios showing off new games from franchises like Devil May Cry and the Elder Scrolls series.

As of right now, we know close to literally nothing about the follow-up to 2011’s Skyrim aside from the fact that it exists in some form. However, Bethesda also treated us to a comedic trailer for Skyrim: Very Special Edition starring Keegan-Michael Key playing the game on an Alexa device using nothing but his voice.

The self-aware trailer was obviously a joke— at least until it wasn’t. According to Game Revolution, the voice-powered edition of Skyrim is a real, actual thing you can really, actually play on a number of devices (but I don’t believe a Motorola pager is one of them). If you’ve made the decision to bring a device that listens to everything you say into your home in the form of an Echo, you can just say “Open Skyrim,” but you can also download the Alexa app on compatible devices to play it.

The Very Special Edition won’t give you the full Skyrim experience (which is probably a good thing unless you want to spend hundreds of hours sitting on your couch and yelling at a machine), but you can do everything from catching butterflies to fighting dragons.

Let’s just hope you can avoid taking an arrow to the knee.