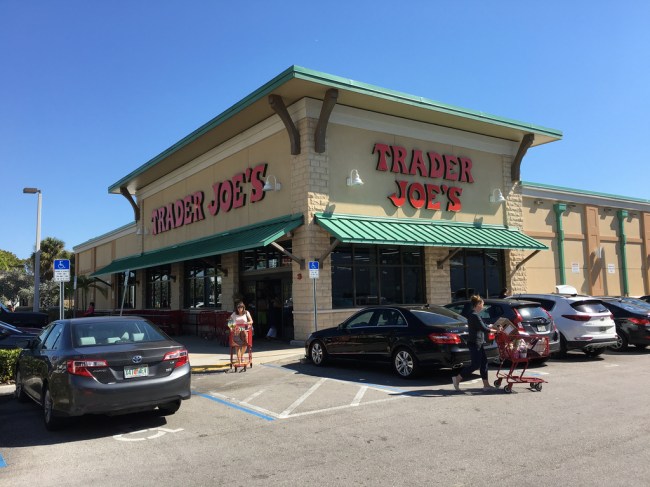 Trader Joe’s makes many delicious foods and there are numerous products that seem unique since they are under their own label. But in fact, there are plenty of products that Trader Joe’s buys from big name brands and then stuffs them in their own packaging and passes them off as foods made by the massive California-based grocery chain. But a new development shows which Trader Joe’s products are made by who.

Eater writer Vance Dixon utilized Freedom of Information Act requests to obtain recalls by the Food and Drug Administration and the United States Department of Agriculture on which named Trader Joe’s in the last 10 years. Dixon discovered that recalls of certain snack foods made by dozens of big name brands also affected the same kinds of snacks under the Trader Joe’s brand.

Mark Gardiner, an award-winning copywriter and creative director, took a $12 job at Trader Joe’s and quickly realized that all is not as it seemed. Many of the products were not made by Trader Joe’s, but rather by huge name brand companies who sold their products to the grocer in a secret agreement. Gardiner wrote a book, “Build a Brand Like Trader Joe’s,” where he attempted to find out everything he could about the massively successful national grocery chain. “Suppliers aren’t allowed to say they supply Trader Joe’s products, and Trader Joe’s never willingly talks about who their suppliers are,” said Gardiner.

Examining recall information, Eater was able to identify some of your favorite snacks from Trader Joe’s that are made by other companies.

Trader Joe’s isn’t the only retailer to use this method, Walmart’s Great Value label and Whole Foods’ 365 label use other brands’ products as their own. However, Trader Joe’s maintains a public image as being a neighborhood grocery store known for its organic, healthy, and unique foods. Surprisingly, the Trader Joe’s brands were actually cheaper, on average approximately 37% cheaper despite buying from other companies. And despite the products being created by the same manufacturer, taste-testers preferred the Trader Joe’s versions compared to the name brands overall.

“People don’t think of this as generic,” Gardiner says. “[They think] ‘it’s Trader Joe’s — that’s the brand,’ and it’s a special brand that you can only get here. The truth is that almost all of this is stuff that you can probably get at another store within a few miles of that Trader Joe’s in a different package with a different name.”