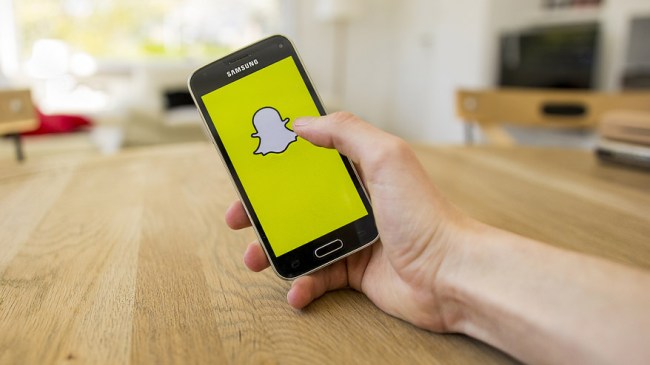 Snapchat is developing a new “Stories Everywhere” feature where content could be shared outside of the app, according to live-streaming financial news network Cheddar. Stories Everywhere would be similar to Twitter embeds, allowing Snapchat content to be easily shared outside of the app such as including the content on websites. Cheddar reported that Snapchat could share content on other platforms through a web player that also prompts people to sign up and download the app. This is the latest move by Snapchat to compete against other social media giants such as Facebook, Instagram, and Twitter.

This month, Snap hired Rahul Chopra, who is the former CEO of Storyful, the content provider that shares stories on social media and was purchased by News Corp for $25 million in December of 2013. Chopra’s LinkedIn profile title reads “Head of Stories Everywhere, Content” at Snap Inc. and he is the former Senior Vice President and Global Head of Video at News Corp.

Snapchat is hoping that the embeddable Snaps will be used by news, entertainment, and sports sites. Allowing Snapchat content to be shared across a broader web ecosystem should provide Snap with more exposure which should spur growth and be more enticing to advertisers. Snap could potentially get into the content licensing game for added revenue. Snapchat’s parent company, Snap Inc., declined to comment on the possible new developments.

Cheddar also reported Snap’s goal in 2018, which includes the “increase the overall output of content in the redesigned Discover feed, widen content distribution, and double-down on news.” Earlier this month, Snapchat announced a new desktop app called Lens Studio for Mac and Windows. The app allows Snapchat users to design their own Snapchat Lenses.

Snap went public in February and is attempting to find ways to increase user growth and make their social media platform more profitable. Snap had an atrocious third quarter after badly missing expectations and causing its stock to nosedive. Snapchat only had 3% user growth from the previous quarter, had a 60% drop in advertising rates, and took a $40 million charge for overestimating the demand for its Spectacles glasses. Plus Facebook and Instagram have successfully replicated many Snapchat features that were once exclusive to the company. Currently, Facebook and Instagram don’t allow embeds on Stories, so this could give Snapchat an edge.