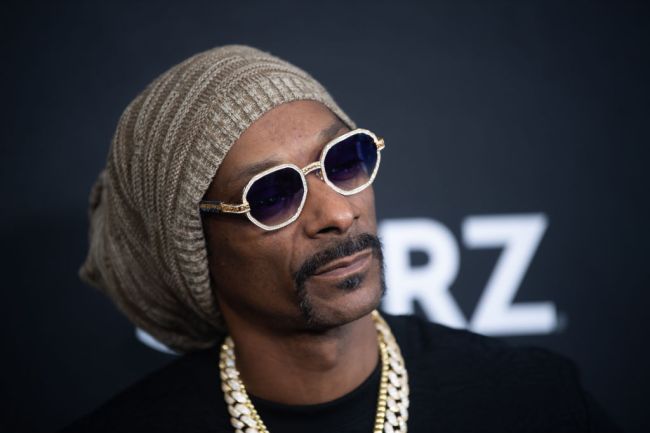 Snoop Dogg is calling for peace in the hip-hop community following the fatal stabbing of fellow rapper Drakeo the Ruler at Exposition Park.

Rapper Drakeo the Ruler was stabbed to death on Saturday during a backstage brawl at the Once Upon a Time in L.A. festival. Drakeo the Ruler – whose legal name is Darrell Caldwell – died at 28-years-old.

“A fight broke out behind the main stage shortly after 8:30 p.m., leaving one man severely injured by a suspect wielding an edged weapon, the California Highway Patrol said in a bare-bones news release that did not name Caldwell,” KTLA reported. “The victim was taken to a hospital, where he later died.”

Following the deadly stabbing, organizers called off the Once Upon a Time in L.A. festival that was headlined by Ice Cube, 50 Cent, and Snoop Dogg.

RELATED: ‘It Broke My Heart’: Snoop Dogg Reveals His Reaction To The Death Of DMX

Snoop Dogg issued a statement to the entire hip-hop community regarding the senseless violence that resulted in the death of the up-and-coming rapper.

“I’m saddened by the events that took place last night at the Once Upon a Time in LA festival,” Snoop wrote on Instagram. “My condolences go out to the family and loved ones of Drakeo the Ruler. “I’m not with anything negative and as one of the many performers, I was there to spread positive vibes only to my city of LA.”

“My prayers go out to anyone affected by tragedy,” the Long Beach rapper continued. “Please take care, love one another and stay safe ya’ll. I’M PRAYING FOR PEACE IN HIP HOP.”

Rapper Drake – who collaborated with Drakeo on the song Talk to Me – commented on the deceased rapper.

“Nah man this s— isn’t right for real wtf are we doing,” Drake captioned a photo of Drakeo. “Always picked my spirit up with your energy. RIP Drakeo.”

Drakeo the Ruler’s murder arrives on the heels of the death of other fellow rappers.

On Nov. 17, Memphis rapper Young Dolph was shot and killed in his hometown while visiting Makeda’s Homemade Butter Cookies.

On March 31, 2019, famed Los Angeles rapper Nipsey Hussle was murdered at the age of 33 in a shooting at his Marathon Clothing store in Crenshaw.