‘It Broke My Heart’: Snoop Dogg Reveals His Reaction To The Death Of DMX 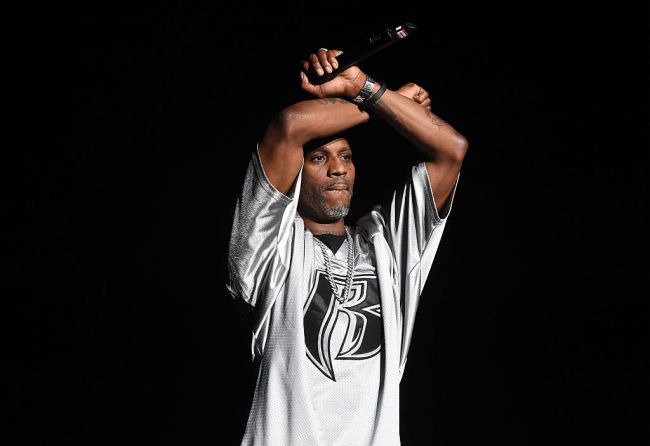 Snoop Dogg and DMX are two of the greatest rappers of all-time. So when DMX died in April at the age of 50, Snoop Dogg was absolutely devastated by the loss of a fellow rap legend.

Snoop Dogg relived how he felt when he found out that DMX died in a new interview with GQ.

Snoop remembered a conversation with DMX.

Snoop explained how it was like to hang out with DMX, “We stand outside, looking at the cars, the music playing. It’s a vibe with me and him. We were the same people. He was just more excited than me, but we were both the life of the party.”

Snoop Dogg recalled how he felt when he found that DMX – real name Earl Simmons.

“It broke my heart, man. It actually did,” said Snoop Dogg – real name Calvin Cordozar Broadus Jr. “It was just one of those feelings where it breaks your heart and you can’t cry. I wanted to cry, but then I started thinking, ‘This man prayed for everybody other than himself.’ Publicly, behind closed doors, rehabilitated or not. Kept God with him and always cared about you. Always.”

“We saw him alone; we knew he was a little bit on something, because he looked off beat,” Snoop said of DMX’s drug addiction. “But when he put that prayer together, it all came back to the beat.”

“Once DMX passed away, he was where he needed to be. Because he always prayed for others,” he explained. “That means he was an angel, so God needed his angel back. He came here, he spread love, he showed you that prayer was cool. That’s his legacy. The music’s great, the spirit and all that, but the prayer, his angel ability, is what didn’t allow me to cry for my friend.”

Following DMX’s death, Snoop wrote on Instagram: “DMX did not wait to be perfect for God to USE him. He taught people you can be flawed and still be a vessel.”

“Well, I’d like to say that DMX was wanting to glorify his relationship with God, and he was always pushing the right thing,” Snoop Dogg said on the TODAY show following DMX’s death. “And he was always trying to help other people. And that leads me to believe that’s why God chose this angel to come back home with him. He did his time out here. He did what he was supposed to do. He influenced, he inspired and he represented. So, DMX, his soul will live on and his music will live on, as well. We thank you, brother, for what you brought to us.”

The East Coast rapper from Yonkers exchanged rhymes with the West Coast lyricist from Long Beach in a very special Verzuz battle in July 2020.

“Well, after the Verzuz, I let him use my studio for one night, and it felt so good, him being here, me being here,” Snoop said of DMX. “It felt like a brotherhood that was finally caught up on. Two brothers that hadn’t spent time with each other, and they’re finally able to sit down and marinate. I started cooking for them every day.”

“See, when we did Verzuz, we didn’t step on each other’s toes; we complemented each other,” Snoop Dogg continued. “People thought it was a dog fight, but it was a brotherhood that really loved each other, celebrating their music and their careers.”