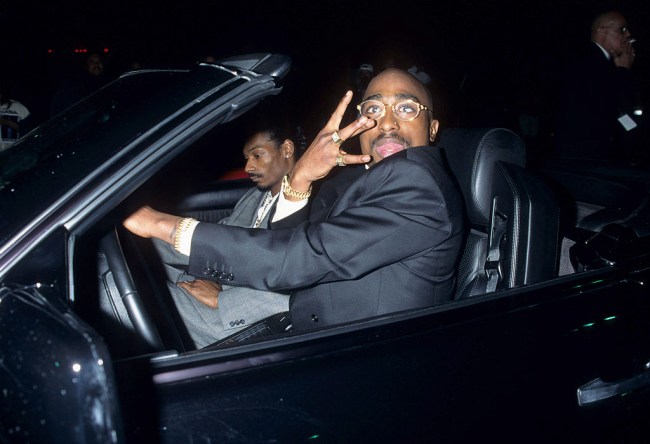 There have been plenty of ways people have tried to bring Tupac Shakur back from the dead including holograms and reports of the iconic rapper still being alive and living in Malaysia and Cuba, or that he completely changed his look to go into hiding. Even Death Row boss Suge Knight and Too Short believe that Tupac faked his own death. Now there is a deepfake footage of Tupac appearing on Snoop Dogg’s latest music video.

For his newest music video for the track I C Your Bullshit off of his I Wanna Thank Me studio album, Snoop Dogg wanted to be reunited with his former Death Row rapper 2pac. Unfortunately for Snoop, Tupac died at the age of 25 on September 13, 1996, days after he was gunned down in a drive-by shooting in Las Vegas following a Mike Tyson heavyweight fight. Fortunately for Snoop, the year is 2020, and for better or worse, we have the technology to create incredibly realistic deepfake videos.

They have also done deepfake videos of Keanu Reeves and Tom Cruise. Now they attempted their most difficult deepfake — Tupac Shakur. The reason why it would be so difficult to recreate Tupac is because there is no footage of the I Get Around rapper since 1996. The other hurdle is that the footage of Tupac is low quality, and not anywhere near the 4K videos of today.

Possibly because of copyright restrictions, the VFX team at Corridor Digital didn’t use Tupac’s image from his movies such as Juice and Poetic Justice. Using only footage from two news interviews and a music video that were not exactly crystal clear, they attempted to bring Tupac back from the dead.

Deepfake Tupac is reanimated back into his final interview along with Snoop Dogg at the 1996 MTV Video Music Awards at Radio City Music Hall in New York City. But in the remake, Pac rapped lyrics from Snoop’s I C Your Bullshit track. Three days after Tupac’s VMA’s interview, Tupac was shot on the Las Vegas strip.

This looks more like a young and toothy Steve Harvey deepfake than a Tupac Shakur deepfake. Tupac does not have those overly white, extra big, fake-looking chompers.

Here is the original MTV VMA’s interview for comparison.