Florida Snorkeler Discovers $1.5M Worth Of Cocaine Just Floating In The Ocean 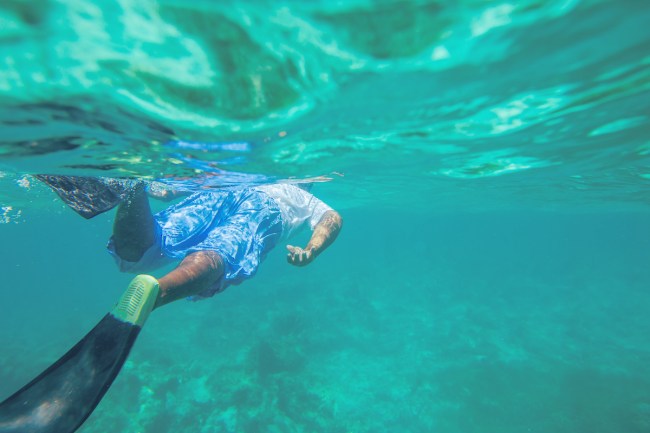 Imagine heading out to snorkel in the cold ocean water, and instead of spotting rare fish and sea life, you swim across a black bag full of cocaine.

A snorkeler in the Florida Keys uncovered the 68 pounds of blow this week floating in the water near Craig Key.

According to the Monroe County Sheriff’s Office, the drugs were baled inside a black bag and wrapped in tape. The bale contained 25 bricks of cocaine worth an estimated $1.5M.

The sheriff’s office turned the drugs over to the U.S Border Patrol. The origin of the drugs is still unknown.

On Wednesday, a Good Samaritan discovered 68 lbs. of cocaine valued at over 1.5 million dollars floating in the #FloridaKeys. The individual noticed a large black bundle wrapped in tape & contacted local authorities. The bag contained 25 bricks of cocaine. #breakingnews #florida. pic.twitter.com/ih10AhQAlx

It’s always important to keep your eyes open for random cocaine discoveries. Random bags of cocaine occasionally pop up in odd places like when $880,000 worth of cocaine was found floating in the water off Key West or the $600K worth of coke discovered by a family in South Carolina.

Remember the fisherman who reeled in $1M worth in The Palmetto State or when bricks of cocaine washed ashore after a hurricane?

A simple walk on the beach could uncover 78 pounds of the good stuff and change your life. Well, at least until you turn it over to the cops.