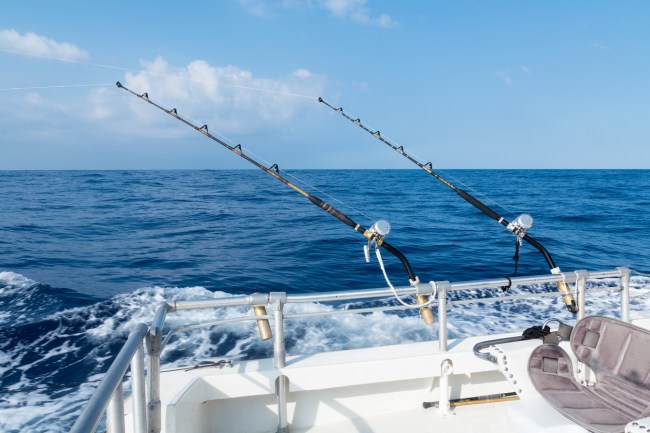 What makes a great fisherman? Is it a sixth, maybe even a seventh sense for finding fish? Is it great radar equipment? Is it just luck? Or is it something else like seeing fish so zooted from cocaine in the water that they can’t help but to jump all around because they’re high on Bolivian marching powder? That was the case for deep sea fishermen who reeled in $1 million in cocaine.

We take you to South Carolina (be honest, you thought it was going to be Florida didn’t you?) where deep sea fishermen were made a huge catch they never expected. In the Atlantic Ocean, about 70 miles southeast of Charleston, the fishermen noticed that the mahi-mahi were especially jumpy. The fish couldn’t help themselves and kept jumping out of the water and tipping off the fishermen on Sunday afternoon. There was some debris floating in the water, but the fishermen thought nothing of it.

“We trolled past it,” one of the fishermen told Live 5. “Every time we passed it we caught a fish.”

After about three hours of fishing, the fishermen decided to see why all of the fish were bugging out. They reeled in the strange object covered in black plastic and it was bricks and bricks of coke. Turns out the mahi-mahi may have been blitzed out of their little fish brains because there were bricks of cocaine in the ocean.

Instead of having a party in the middle of the Atlantic Ocean with the 30 to 50 kilos of the happy dust, they called the Coast Guard. Coast Guard Lt. j.g. Phillip VanderWeit believes that the cocaine has a street value between $750,000 and $1 million.

“It definitely doesn’t happen off the Charleston coast every day,” VanderWeit said. “It’s a bit more common further south, whether in the Caribbean or the south Pacific.”

So maybe instead of using your typical bait or traditional chum when you’re deep sea fishing, you could sprinkle some cocaine into the water and wait until the fish are literally jumping into your boat.