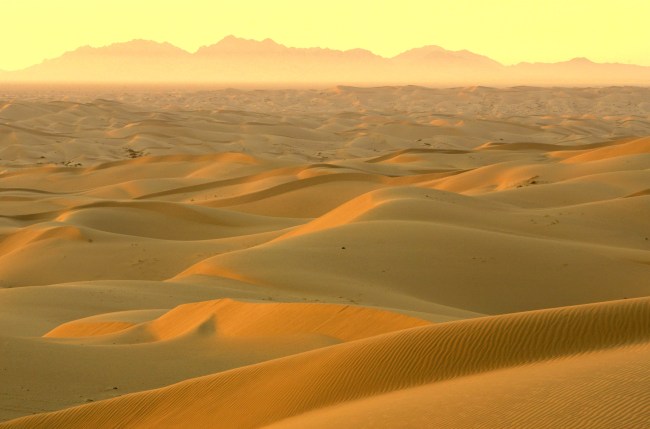 Africa’s Sahara is the largest hot desert and the third largest desert in the world, with size comparable to the area of the United States. Most of the desert experiences bright, hot sunshine 82% of the day and can reach scorching temperatures of 120+ degrees Fahrenheit, making it one of the driest and hottest places on the planet.

This past Sunday, Ain Sefra, an Algerian desert town known as the “Gateway to the Sahara,” got covered in snow for the first time in 40 years. The area was pummeled with 16 inches of the white stuff. The aberration was due to a high pressure system moving through Europe that pulled cold air into North Africa, which rose 3,280 feet to the elevation of Ain Sefra and caused the snowfall.

The average high temperature for Ain Sefra is 99.7 degrees Fahrenheit during the month of July, Forbes reports. As the roads became icy, cars and buses were stranded on the road. One thing the storm did produce was screen saver-esque photos featuring curvy sand dunes blanketed in fresh pow.

Some picturesque shit right there, my friends.