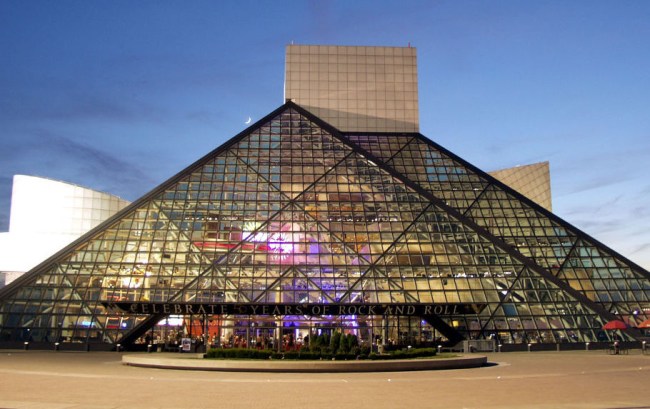 You might find it hard to believe, but contrary to what most people think, the Browns aren’t actually at the top of the list when it comes to naming the Cleveland institution that’s responsible for generating the most controversy and frustration on an annual basis and they have the Rock and Roll Hall of Fame to thank.

On Wednesday, the “Rock Hall” (as the cool kids call it) announced the list of inductees for 2020, a reveal that never fails to get music fans far too fired up about who should and shouldn’t be bestowed with a supposedly high honor a lot of major artists seem pretty ambivalent about receiving.

This year’s inductees represent a diverse array of musical styles (I know it’s the “Rock and Roll” Hall of Fame but that’s a discussion for another day), with the newest class consisting of the Doobie Brothers, Whitney Houston, Nine Inch Nails, Notorious B.I.G., Depeche Mode, and T. Rex

If we’re using social media as a barometer to gauge outrage, it would appear this year’s biggest snub was Dave Matthews Band, which won the fan vote but failed to get the nod (it’s perhaps then apt that the Doobie Brothers did because you honestly had to be a fool to believe DMB ever had a shot).

Now, fans of the greatest jam band to ever come out of Charlottesville can find solidarity among the followers of the many other musical acts that haven’t been recognized and prepare for an existence  that involves getting their hopes up year after year only to be repeatedly let down and left pondering one of life’s’ great existential questions: “WTF?”

The internet is littered with articles penned by people begging the Hall to consider paying tribute to the artists they feel have gotten snubbed, and now, I’d like to throw another list of submissions on that “For Your Consideration” pile by making the argument for six bands who need to get the respect they deserve sooner rather than later. 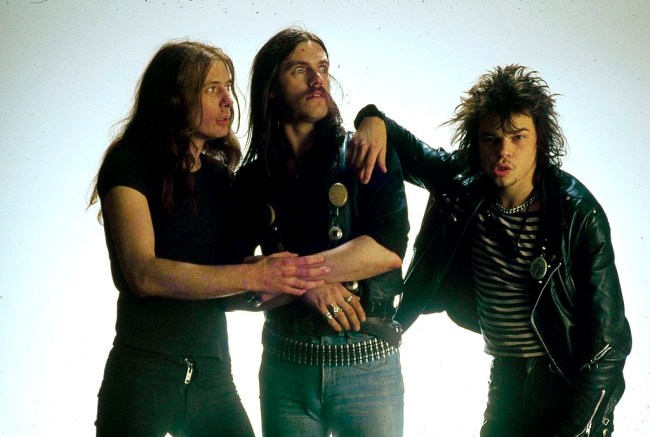 As I alluded to before, the Hall of Fame has veered slightly off course as far as the whole “Rock and Roll” thing is concerned, but even though the definition has become increasingly fluid, it’s egregious that a band fronted by Lemmy Kilmister—the man who embodied rock better than anyone to come before or after him— isn’t currently enshrined.

Motörhead’s original audience may be getting up there in age but the band also holds a special place in the heart of a younger crowd that was introduced to proto-thrash metal courtesy of their 1980 hit “Ace of Spades” because it served as the soundtrack to many a gnarly grind sesh on Tony Hawk’s Pro Skater 3.

Motörhead laid the groundwork for thrash metal titans like Slayer and Metallica, the latter of which happily road the band’s coattails into the Hall. That influence alone should be enough to give Lenny and crew the credit they deserve and I eagerly await the day I can raise a Jack and Coke to commemorate the occasion. 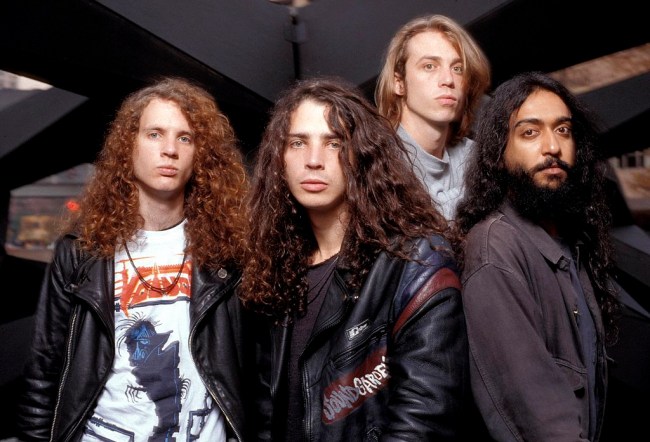 The quartet fronted by the tragically late Chris Cornell was on the ballot this year but didn’t ultimately make the cut.

In order to be eligible for the Hall of Fame, 25 years must have passed since the release of an act’s first album, which means that we should be seeing a slew of grunge-era artists making their way to Cleveland in the immediate future.

Nirvana ushered in the new guard by getting enshrined in 2014 before being joined by Pearl Jam in 2017 and I’d love to hear anyone argue Soundgarden doesn’t deserve to be next in line (aside from the dozens of fans Alice in Chains still has left who would likely beg to differ).

Cornell’s vocal abilities alone should be enough to secure an induction, but when you couple that with plenty of hit tunes and a copious amount of album sales, they should be a shoo-in at some point over the next few years. 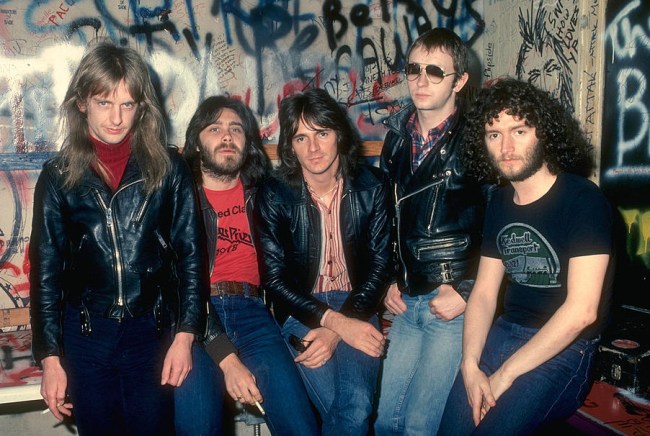 Sometimes a solid track record of hits, record sales, and a towering influence on the sound—and even the look—of an entire genre isn’t even enough to secure a spot in Cleveland.

Such is the case for Judas Priest.

For the life of me, I really can’t think of a reason why Priest hasn’t seen an induction after all these years. Hell, the English metallers still tour and release music to this day. While the lineup has seen a few changes thanks to Father Time, founding member and bassist Ian Hill is still going strong and the same can be said for the Metal God who is Rob Halford.

Priest has put out plenty of hits over the years, including the likes of “Living After Midnight” and “Breakin’ The Law.” They all feature ferocious twin guitars and stunning vocals from Halford, who is still capable of hitting notes that only dogs can hear.

The band is also credited with creating the look of heavy metal that became defined by excessive leather, gleaming studs, and all of the other fixings, which is something I feel should be enough to earn them a one-way ticket to enshrinement. Alas, it is not, but I’m not sure what else they need to do to improve their case. 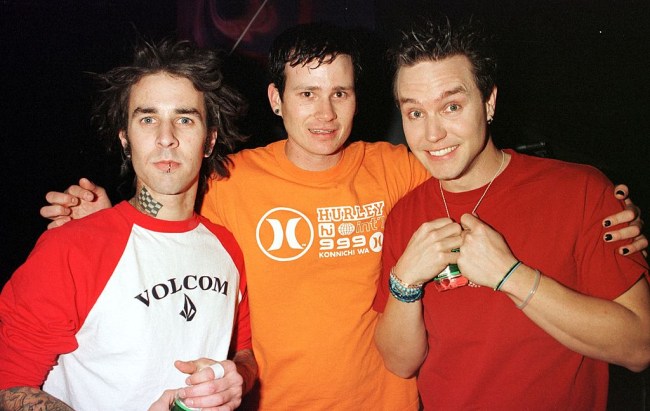 With the 25-year waiting period in mind, we will soon be entering the era of pop-punk. With Green Day already in the Hall of Fame, it then only makes sense that the genre’s next representative would be Blink-182.

Few bands of that era have been able to maintain such a consistent level of popularity and they’re still going strong despite the departure of lead singer and noted ufologist Tom DeLonge, who boldly pivoted to a career in alien hunting in 2015 before having to deal with the absurd amount of debt he was rewarded with for making that decision.

Blink-182’s music served as a soundtrack to adolescent angst in the late-90s and early-aughts, with catchy hooks, great riffs, and a strong rhythm section comprised of bassist Mark Hoppus and the superhuman drumming of Travis Barker coming together to create some classic jams.

I don’t know how long we’ll have to wait for them to get in but I do know I hope they’ll wear as much hair gel to their induction as they did in the picture above. 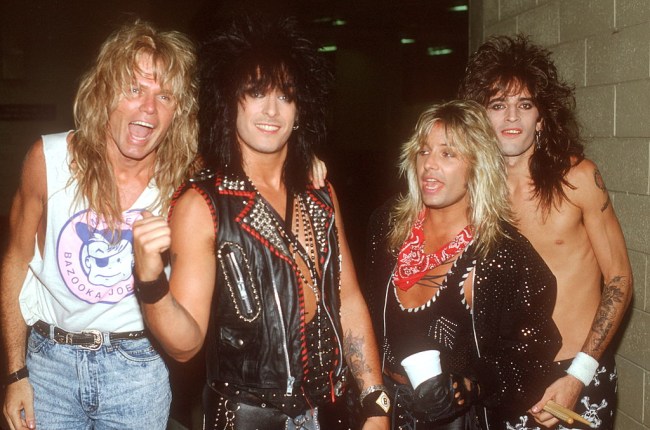 Mötley Crüe could be the most interesting candidate that still hasn’t gotten into the Hall of Fame. While the notorious quartet has a résumé that should speak for itself, it will likely be their resurgence in popularity over the last year or so that will be the tipping point.

Without a doubt the biggest band to come out of the Sunset Strip back in the early-80s, Crüe’s string of hit songs and reputation as some of the biggest partiers the rock world has ever seen turned them into icons of the hair metal world.

Mötley Crüe signed what in retrospect wasn’t a very legally binding “cessation of touring” contract back in 2014 and they’ll be taking advantage of its largely unenforceable nature by hitting the road in 2020, where they’ll be headlining stadiums yet again. This is in no doubt due in part to the success of the film adaptation of the band’s memoir The Dirt, which received considerable acclaim (as well as some derision from people who really like describing things as “problematic”).

With their name back in the collective brains of the public, it seems to be a safe bet that Mötley Crüe will be delivering induction speeches in Cleveland sometime in the next few years. 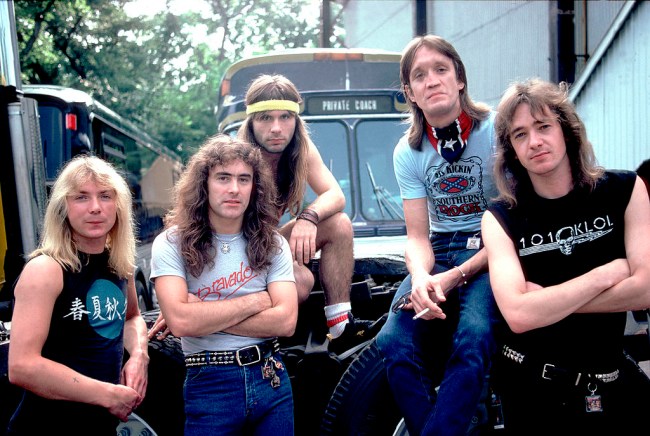 Full disclosure: I love Iron Maiden more than I love most things in life. One time, I took a copy of the band’s 1984 release Powerslave to an English class during my senior year of high school and made my teacher play “The Rime of The Ancient Mariner” as a companion to my class’s study of English poet (and big-time opium fan) Samuel Taylor Coleridge.

Yeah, I was the coolest.

But my own inherent biases aside, Maiden should still be in that goddamn Hall of Fame.

Hailing from London, Iron Maiden was at the forefront of the new wave of British heavy metal that took the world by storm in the early ’80s. It’s been 40 years since the release of their first album, but the band—along with Eddie, their ever-present zombie/cyborg/monster mascot—continues to perform for sellout crowds in arenas and soccer stadiums around the world.

If you’ll allow me to briefly get my Patrick Bateman on, I’d argue their most important album is 1982’s The Number of the Beast, which is a great record from start to finish with a searing title track perfect for drawing the ire of conservative parents that cemented (then-new) lead singer Bruce Dickinson as perhaps the greatest vocalist in metal history.

When you combine Dickinson’s “Air Raid Siren” shriek with the fleet-fingered gallop of Steve Harris, the thunderous drumming of Nicko McBrain, and the three-headed guitar monster comprised of Dave Murray, Adrian Smith, and Janick Gers, you have all of the makings of a band that deserves to belong in the Hall.

I defy you to find any metal band that doesn’t see Maiden as an influence in one way or another. They certainly didn’t create the genre but they damn near perfected it, and for that, they deserve a place among the rest of the greats.