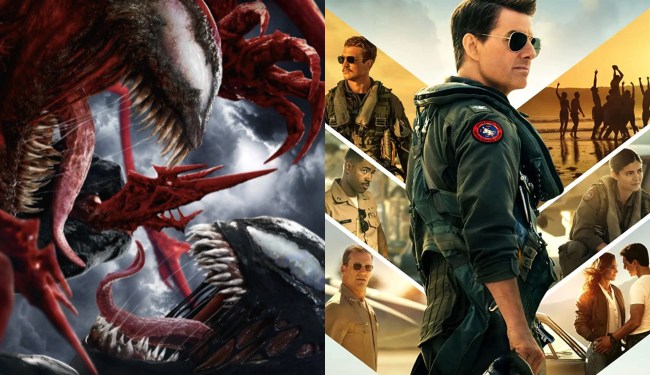 You know, I actually think I’m starting to love Sony and their utterly misplaced sense of confidence.

“Oh, Venom was mid? Too bad! Not only are we making an even-more-ridiculous (but also better) sequel, but we’re going to make an even worse movie in Morbius and then continue forging forward with the likes of Madame Web and Kraven the Hunter! AND YOU’RE GONNA LIKE IT.”

After all, they say ignorance is bliss and it would appear that Sony Pictures has adopted that mantra as their own. Ask any con-man worth their salt what the most important key to their craft is and they’ll likely tell you to walk into the room like you own the place even when you know you don’t. That seems to be Sony’s approach here and honestly, I can’t help but respect it.

Take these latest quotes that Sanford Panitch and Josh Greenstein, the co-presidents of Sony Motion Group, gave to Vulture wherein they claimed that Venom: Let There Be Carnage (released on October 1, 2021) paved the way for the billion-dollar success of Top Gun: Maverick (which hit theaters on May 27, 2022).

“When we first started releasing movies last October, there were really no other big movies,” Greenstein said. “Everyone had pushed their big movies to this year, to this summer. We took a big gamble putting Venom in theaters. Then we doubled down with Ghostbusters. Then our biggest bet was when every other tentpole had fled, we tripled down with Spider-Man — our biggest, most important piece of IP.”

“There’s so much press about Top Gun right now. It’s like, ‘The movie business is back!’” Panitch said. “In a weird way, I would say Top Gun is benefitting from us taking our shot. Venom is the start of that story that allows Top Gun to do the kind of business it did. These things don’t happen overnight. It’s a seeding.” [via Vulture]

Perhaps most hilarious is the fact that Sony was actually attached to a project that helped reinvigorate the movie industry, although it wasn’t Venom 2, but rather, Spider-Man: No Way Home.

Truth be told, I’m quite envious of this sort of unabashed delusion. How nice it must be to live in your own world.