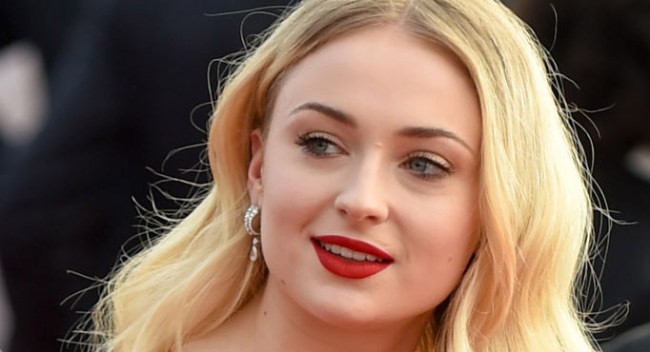 With her time playing Sansa Stark on Game of Thrones soon coming to an end, Sophie Turner has already been making some fascinating moves in the world of film.

We have already seen Turner play Jean Grey in X-Men: Apocalypse. And now we’re completely stoked to watch her in her standalone X-Men flick playing Grey’s ultra-powerful alter ego Dark Phoenix after peeping the first amazing photos from the film back in December.

Before that hits theaters though, the 21-year-old Turner has another film coming out in March called Josie. And from what I have seen and read about it, it sounds like it’s going to be one very cool movie.

The film has already been selected as the opening night film (Feb. 8) for the inaugural Mammoth Film Festival, which is being touted as a mini-Sundance, reports Variety.

The screenplay was written by Anthony Ragnone II and made the 2014 Black List, an annual survey of the “most liked” motion picture screenplays not yet produced.

According to Seat 42F, here’s a little bit of what to expect from Josie (formerly titled Huntsville)…

The residents of a small, southern town are forever changed when the tattooed, sweet-talking stranger Josie (Sophie Turner) struts into town. Striking up relationships with a local young punk Marcus (Jack Kilmer) and her loner neighbor Hank (Dylan McDermott), she quickly becomes a hot topic of local gossip. But her true intentions for arriving in town are far more sinister when her dark past comes to light.

Director Eric England is also pretty fired up for it the hit the big screen, “Anthony’s story is populated with such rich characters and emotions. It was a privilege to explore and create that world with artists like Dylan and Sophie. I’m truly excited for audiences to see their performances.”

Below are the some of the first final images of the film to hit the web, which were released late last week. Check out Turner’s funky ink. Hopefully, a trailer will soon be forthcoming as well.