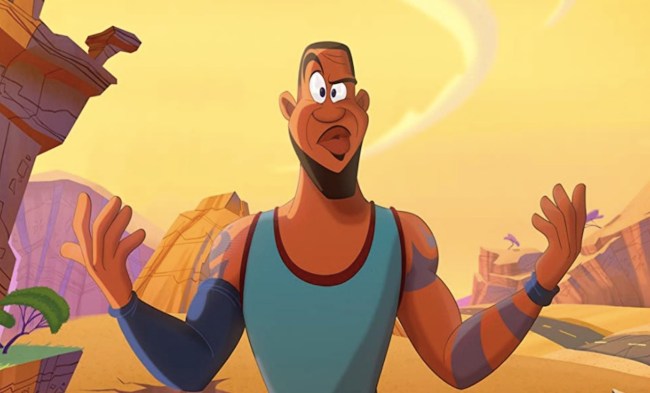 According to a new report from The Hollywood Reporter, Space Jam: A New Legacy director Malcolm D. Lee only had a handful of days to prepare for production on the film. THR reports that the 51-year-old director had just “four days” to “meet the cast, connect with department heads, review visual effect work” and watch the original film before taking over A New Legacy.

To be fair to Lee, though — who is a respected filmmaker in his own right — he only had a few days to prepare for production because Warner Bros. only gave him that much time: Terence Nance, the original writer/director, exited the project once it was already in principal photography, which essentially means the train that is Space Jam: A New Legacy had already left the station by the time Lee came aboard.

Lee — who had relocated to Los Angeles for filming, staying a brisk three-minute drive from the Burbank lot — had four days to meet the cast, connect with department heads, and review animatics and VFX work on the $120 million-plus shoot before his first day on set.

Maverick Carter, James’ longtime business partner and a producer on the movie, was amazed by Lee’s “incredible ability to get ready for anything with very little prep time,” including watching the original film, which Lee had skipped when it first came out. [via The Hollywood Reporter]

Despite Malcolm D. Lee’s best efforts, it appears Space Jam: A New Legacy is destined to flop, as the film is currently being ravaged by both professional critics and casual fans alike.

Here’s the official synopsis for Space Jam: A New Legacy, via Warner Bros.:

Superstar LeBron James and his young son, Dom, get trapped in digital space by a rogue AI. To get home safely, LeBron teams up with Bugs Bunny, Daffy Duck and the rest of the Looney Tunes gang for a high-stakes basketball game against the AI’s digitized champions of the court — a powered-up roster called the Goon Squad.