Movie Fans Are Reacting To ‘Space Jam: A New Legacy’ And It Ain’t Pretty 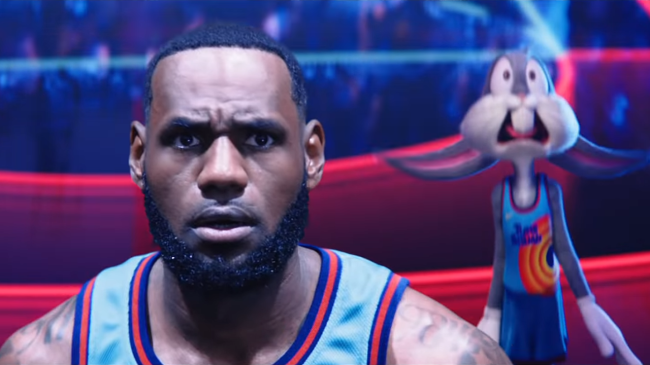 Even before Space Jam: A New Legacy hit theaters and HBO Max today, the film was already a fast-sinking ship, as the reviews from critics have essentially amounted to a chorus of boos as journalists lamented the shameless of the constant intellectual property plugs that liter the movie.

Well, that “movie” is now in the hands of movie/basketball fans and the reaction from the public hasn’t been much kinder than that of the critics. That said, it appears that regular movie-goers have a bit more tolerance for the inundation of Warner Bros. IP than professional critics did.

RELATED: LeBron’s ‘Space Jam’ Is Getting Ethered By Critics For Essentially Being A Giant Commercial

this space jam movie is so bad 😭

25 minutes in the new Space Jam (kids begged) and I have to say. Lebron James acting is super cringe. It’s so bad. 😂😂😂😂

Space Jam 2 was so bad. My first movie in theaters was Space Jam so I might be a bit biased but it was down right terrible. No memorable songs, no inside jokes, no Bill Murray, and no motivational training sequences or intros. Not to mention how overtly animated it was 😩😩

I can't tell who the worst actor in Space Jam: A New Legacy is… LeBron James or Don Cheadle… Either way, the movie is bad bad bad bad bad!!!

Here’s the official synopsis for Space Jam: A New Legacy, via Warner Bros.:

Superstar LeBron James and his young son, Dom, get trapped in digital space by a rogue AI. To get home safely, LeBron teams up with Bugs Bunny, Daffy Duck and the rest of the Looney Tunes gang for a high-stakes basketball game against the AI’s digitized champions of the court — a powered-up roster called the Goon Squad.