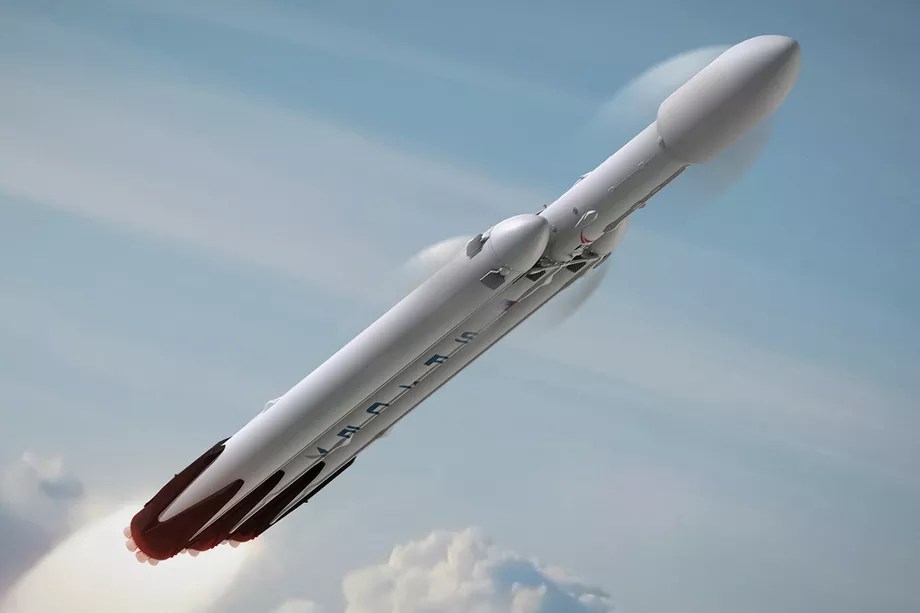 Elon Musk unveiled the ambitious plan to not only orbit Mars but to bring along a red Tesla Roadster that will play David Bowie’s “Space Oddity” the entire time and Aaron Paul from Breaking Bad wants to go on the space journey so that he can father a Martian baby. What? This sounds like something from Cards Against Humanity but it is all true.

After several delays over the past five years, SpaceX is getting closer to the first-ever launch of the company’s upcoming Falcon Heavy rocket, which is expected in January of 2018. The new rocketship could have an interesting payload including Musk’s midnight cherry Tesla Roadster as well as Aaron Paul according to Twitter.

Payload will be my midnight cherry Tesla Roadster playing Space Oddity. Destination is Mars orbit. Will be in deep space for a billion years or so if it doesn’t blow up on ascent.

Aaron Paul quickly jumped in to try to get a ticket for him and his pregnant wife on the new rocket and was willing to take the space voyage in the Tesla’s trunk. Oh, and he was willing to time it with the birth of his child so they could be parents to the first Martian baby. Science bitch!

Can you trap me in the trunk? Me and my family? I mean, We love that song! Also, I know how to drive that car and plus my wife is pregnant so technically we can deliver a martian baby. Just saying. Think about it.

In March, the SpaceX CEO said he wanted the payload of the new rocket to have “the silliest thing we can imagine!”

Silliest thing we can imagine! Secret payload of 1st Dragon flight was a giant wheel of cheese. Inspired by a friend & Monty Python.

A Tesla Roadster isn’t the most ridiculous thing you could launch into Mars’ orbit. I’m thinking a 55-gallon drum of water-based lubricant, a Whopper Jr., and a photo of Bea Arthur would be sillier, but that’s just me. But shooting a Tesla Roadster into space is great marketing.

The Falcon Heavy is the next powerful rocket in the SpaceX lineup and is expected to have capabilities for missions to the Moon and Mars. SpaceX’s Falcon Heavy isn’t really a next-generation rocket, but rather three Falcon 9 rockets strapped together. SpaceX hopes to cut costs by recovering all of the rocket cores like they have been able to do with the main rocket booster of the Falcon 9.

I can’t believe Jesse Pinkman is going to be the first human being father of a Martian.