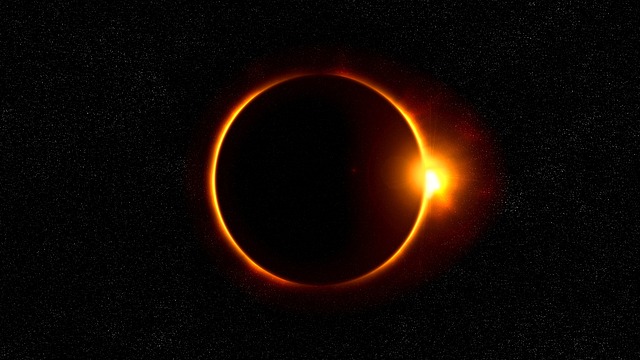 The phenomenon occurs when the moon aligns perfectly to completely block the sun and cast a gigantic shadow on Earth. Because the orbits of the Earth, sun, and moon are tilted and elongated, total eclipses are not in the same location every time. Many eclipses happen in a remote location on the planet or in the middle of the ocean. This month’s eclipse is the first total solar eclipse to pass from coast-to-coast of the continental United States since June 8, 1918. 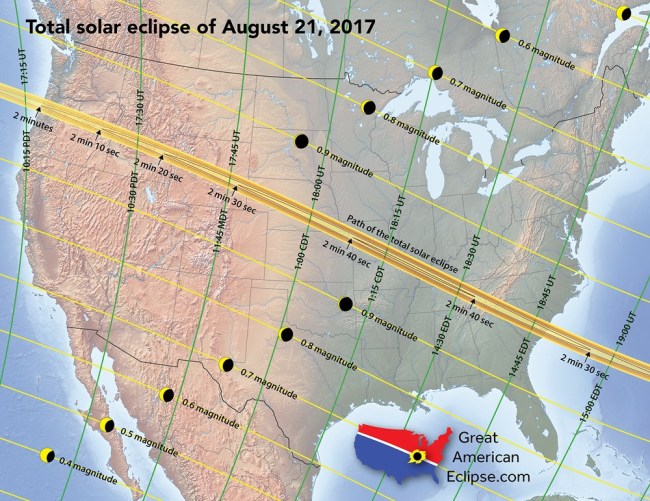 Only certain Americans who are located in the relatively narrow 70-mile-wide path of the eclipse will be able to see the total solar eclipse. For those lucky enough to be in the areas of the solar eclipse you will need special glasses. Usually, you look up at the sun and it is so bright that your body reacts by blinking and looking away. But when the sun is partially blocked by the moon, it is less bright, tricking your brain into thinking that the light won’t hurt you. However, the sun’s rays are still just as bright, just not as much blasting into your eyes, yet still very dangerous.

“You can stare at the sun during an eclipse for 10 minutes, and it doesn’t hurt. You can just look at it, and it’s really cool to look at it, but that whole time you’re literally burning the cells off your retina,” Vike Vicente, a Washington pediatric ophthalmologist, told the Washington Post. “And once they’re burned, there’s no repair, there’s no fix for it.”

“During an eclipse, because the sun is partially occluded, viewing it doesn’t hurt as much. That can lead to significant time exposure, which can then cause damage. Also, because of the rarity of eclipse events, people are motivated to go outside and look up for extended periods of time,” said Sunir J. Garg, MD, who is a professor of ophthalmology on the Retina Service at Wills Eye Hospital in Philadelphia and a partner with Mid Atlantic Retina.

Staring at the sun can cause a condition called “solar retinopathy,” which damages the tissue in the retina. The retina is pretty important since it transmits information to the brain. If the retina is exposed to the sun for too long without proper protection it will scar the tissue, which can cause partial and even permanent blindness. Looking at the eclipse through binoculars, a camera or a telescope can be catastrophic to human eyes since the lenses magnify the sun’s rays.

If you plan on looking directly at the sun during the eclipse, sunglasses will not protect your eyes from the harmful rays. You need lenses that have special-purpose solar filters. To find glasses that will be effective please consult the American Astronomical Society, where they have listed all of the reputable vendors for glasses and filters for your camera, telescope, or binoculars. NASA also has a safety guide for watching the solar eclipse.