There Are RUMORS ‘Spider-Man 4’ With Tobey Maguire Could Happen 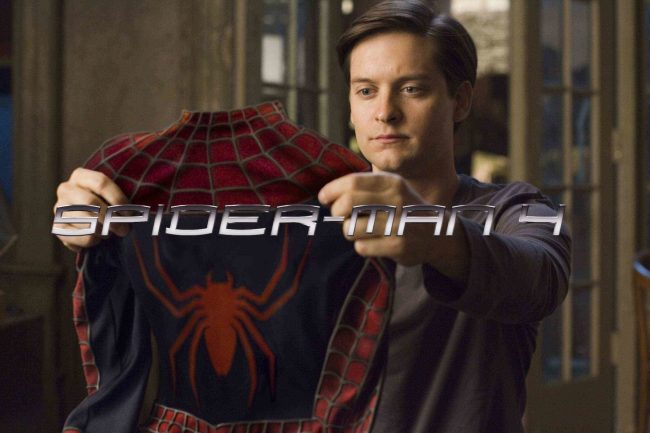 Sam Raimi’s desire to make a fourth entry in his seminal Spider-Man franchise has never been much of a secret.

While Raimi essentially reinvented and revitalized the superhero genre with Spider-Man and Spider-Man 2, Spider-Man 3 was ultimately a letdown to the extent that the fourth film never got made, with Sony instead deciding to reboot the franchise five years later with The Amazing Spider-Man.

Despite the subpar critical reception to Spider-Man 3, the film was enough of a commercial success to begin development on a fourth film. Reports even indicate the film got into the scripting phase, with Sony hiring James Vanderbilt in October of 2008 to pen the screenplay, with further revisions made by playwright David Lindsay-Abaire and Gary Ross the following year.

As for the villains, Spider-Man 4 would’ve seen Dylan Baker’s Dr. Curt Connors turn into The Lizard, with John Malkovich reportedly in talks to play the Vulture and Anne Hathaway in talks to play Black Cat. Ultimately, though, production on the film was scraped in 2010, paving the way for the Andrew Garfield iteration of the Peter Parker character.

Fast forward over a decade to 2021, though, and we find ourselves in an entirely new era of comic book filmmaking — an era that could see something as batshit crazy as Raimi’s Spider-Man being revived.

Raimi is, as you probably know, the director of Doctor Strange in the Multiverse of Madness, which is set to continue the multiversal chaos unleashed in Spider-Man: No Way Home, which has been long rumored to feature both Maguire and Garfield’s Spider-Men. And according to recent rumors — RUMORS, RUMORS, RUMORS — that return could be spun out into a full-fledged fourth film.

According to one of our trusted and proven inside sources, Sony wants Tobey Maguire and Sam Raimi to reunite for another Spider-Man movie. The hope is to have Raimi direct a movie starring Maguire that would somehow work as a spinoff from whatever takes place in Doctor Strange in the Multiverse of Madness.

Just exactly how much this spinoff would be able to directly reference anything from the Marvel Cinematic Universe is unclear. However, our source says the studio wants this to be a multiverse spinoff so we assume there will be some acknowledgment of the Marvel Cinematic Universe, but there may not be any direct appearances from any of those characters. This project would stand on its own two legs. [via Giant Freakin Robot]

Granted, while this rumor should be taken with the most minuscule grain of salt, I pose the following simple question: who says no? Raimi has been vocal about his desire to properly finish the franchise, and Maguire certainly isn’t all that busy these days. Speaking from the perspective of both a fan and a journalist, I’d certainly love to see it. Perhaps Sony would pass on the principle of not wanting to have *too many* live-action Spider-Men in play, but money always talks, and a shocking fourth Spider-Man, more than 15 years after the third, would certainly make tons of it. And as we know, with the multiverse, nearly anything is possible.