Excellent ‘Spider-Man: No Way Home’ Theory Ties All Of The Villains Into The Events Of ‘Loki’ 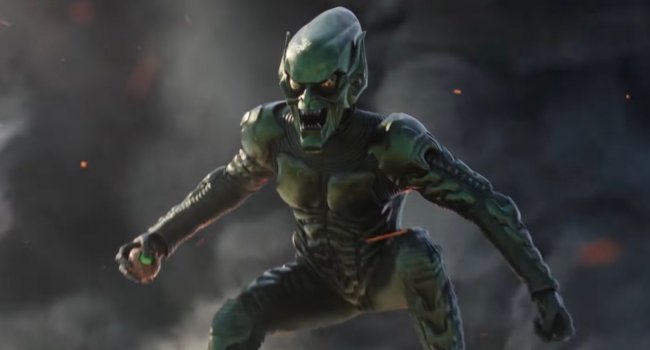 Following the events of Loki, the Marvel Cinematic Universe became a full-blown multiverse, and with it came the concept of variants, which are essentially alternate versions of familiar characters from different universes.

And according to this excellent theory posited by Screenrant, the villains in Spider-Man: No Way Home — Doc Ock, Green Goblin, Lizard, Sandman, and Electro — are actually variants, which would explain why they’re sporting different looks from the ones fans are familiar with.

According to the theory, the versions that we’ll see in Spider-Man: No Way Home are actually variants, which would explain why their appearances have been altered. Green Goblin, for example, is seen wearing both his suit from the 2002 film Spider-Man and a new, never-before-seen googled look.

Jamie Foxx’s Electro, on the other hand, is sporting an entirely different look:

Max Dillon had luminescent blue skin in the Marc Webb film and wore a black containment suit, but in No Way Home, he wears a green electrician’s outfit with yellow electrical surges that, in some moments, form the shape of his face mask from the original Stan Lee and Steve Ditko comics. With this in mind, the villains may have been pulled from similar universes to the Raimi and Webb films, but not the same continuities that viewers are familiar with. [via Screenrant]

This, also, would help explain the return of Tobey Maguire and Andrew Garfield’s respective Spider-Men:

If the multiverse villains in No Way Home are variants of their more familiar incarnations, this could mean that their respective Spider-Man iterations are, too, if they appear. Assuming that Tobey Maguire and Andrew Garfield reprise their web-slinging roles, they may slightly differ from their previous incarnations. Maybe Gwen Stacy is still alive in Andrew Garfield’s home reality. Perhaps this Tobey Maguire variant uses web-shooters instead of organic webbing.