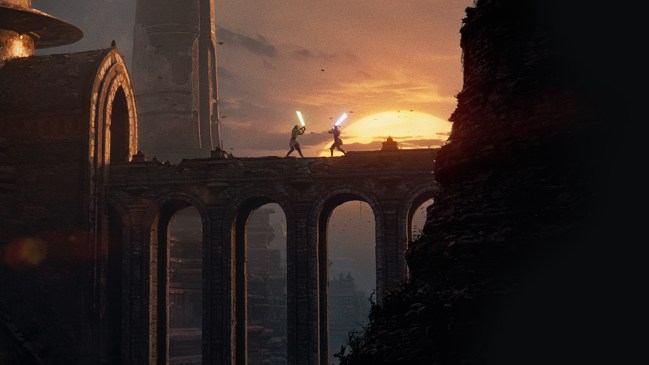 During The Game Awards on Thursday night, LucasFilm Games and Quantic Dream — the game studio behind Detroit, Heavy Rain, and Beyond: Two Souls  — unveiled the first official trailer for Star Wars Eclipse.

Set during The High Republic era of the Star Wars timeline, “Star Wars Eclipse will feature an original story and unique new characters, each with their own paths, abilities, and roles to play in the tapestry of events that could alter the carefully balanced peace in an uncharted section of the Outer Rim.”

Here’s an official description of the game, via the Star Wars website:

Star Wars Eclipse will be an intricately branching action-adventure game that can be experienced in multiple ways, putting the destinies of an array of playable characters in your hands. Your choices will be at the heart of the experience, as every decision can have a dramatic impact on the course of the story. Through these decisions, players will forge their own legend in the golden age of the Jedi.

Following the release of the trailer, both Star Wars and video game fans alike took to Twitter to celebrate its epicness:

Star Wars Eclipse made by QuanitcDream sounds like a good pairing. Excited to see what they create.

Way better than I expected and showed way more than I thought!

RELATED: The Best ‘Star Wars’ Video Game Of All-Time Is Being Remade