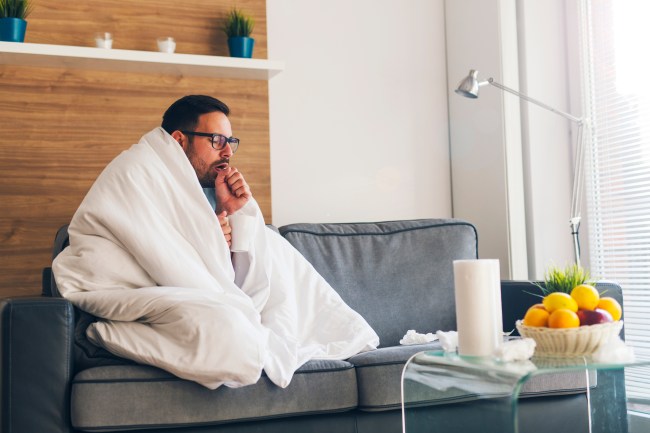 Anyone who’s ever made millions of dollars in sales will tell you that it’s not about the product, it’s all about how you frame it. Tommy Callahan’s dad, Big Tom, was famous for his ability to sell a ketchup popsicle to a man in white gloves.

There’s a startup based in Los Angeles that’s once again proving it’s not what you sell it’s how you frame it. For $80, they’ll sell you a box of disease-infested tissues and they’ll tell you it’s a ‘luxury’ because YOU get to decide when and where you get sick.

Specifically engineered to contain and absorb colloid buildup, salts, antiseptic enzymes, immunoglobulins, and glycoproteins such as lactoferrin and mucins, produced by goblet cells in the mucous membranes and submucosal glands.

The company, Vaev Tissue, has a supposed goal of building up the immunity systems of customers by selling them tissues infected with the common cold virus. They claim that by getting you sick on your own terms you’ll actually be healthier over the long run.

Founder Oliver Niessen tells Time that choosing when you’ll get sick is a “luxury … I mean, we customize everything in our lives and we have everything the way that we want it, so why not approach sickness that way as well?”

The germ-infused wipes are infected by an arsenal of sneezers, Niessen adds, and the brand’s online info page hypes: “We’re not about chemicals or prescription drugs here at Væv.”

They’re not about science either — doctors say these tissues are trash. Charles Gerba, professor of microbiology and environmental sciences at the University of Arizona, explains to Time that there are more than 200 varieties of rhinoviruses, which is why there has never been a vaccine for the common cold. You’ll be protected from whatever version of it is on this tissue, but that still leaves you susceptible to the other 199.

So you’re spending $80 to get yourself sick and you’re banking on a 1-in-200 chance that you build an immunity to the proper common cold virus. Those aren’t great odds, Bob.

Apparently, people are buying into the craze. The Post reports that Vaev Tissue has already sold around 1,000 boxes of these disease-infected tissues and there’s been so much interest that they’re currently sold out on the company’s website.

I see absolutely no way this can go wrong, none at all. I’m sure elderly people with weakened immune systems will be fine. That nobody will send these tissues to people as a cruel prank. I imagine that nobody exposing themselves to a cold will be around anyone undergoing chemo or anything like that. I’m sure all of this will work out perfectly well in the end, totally.