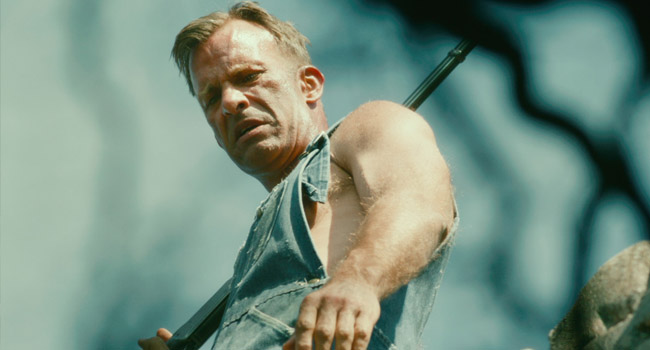 Remember how a couple of weeks ago I showed you a trailer for another new Stephen King movie coming out on Netflix on September 29th called Gerald’s Game that looks like it might be even more terrifying than IT? (Not exaggerating either. I saw IT and read Gerald’s Game.) Yeah, well, there’s ANOTHER one coming out in October that looks like it might be even creepier than that!

That’s right, after decades and dozens and dozens of flops, it seems that Hollywood has finally figured out how to do a proper Stephen King movie (The Dark Tower notwithstanding).

In addition to Gerald’s Game, Netflix announced that they will also be releasing another Stephen King movie called 1922. It is based on a novella that King published in the book Full Dark, No Stars back in 2010.

Wilfred James, a farmer in Hemingford Home, Nebraska, owns eighty acres of farmland that have been in his family for generations. His wife Arlette owns an adjoining one-hundred acres willed to her by her father. Wilfred scorns the thought of living in a city, but Arlette is discontented with farm life and wants to move to Omaha. She seeks to sell her land to a livestock company for use as a pig farm and slaughterhouse. If she does so, Wilfred’s property will no longer be farmable and he will be forced to sell as well. Wilfred resorts to manipulating his teenaged son, Henry, into helping him murder his own mother.

Wilfred and Henry then dump the body in a well behind the barn. Later, as Wilfred dumps his blood-soaked mattress into the well with Arlette, he notices that her body has become infested with rats.

And it only gets worse from there. Trust me. I read the book.