The Great Steve Buscemi Opens About His Post-9/11 PTSD 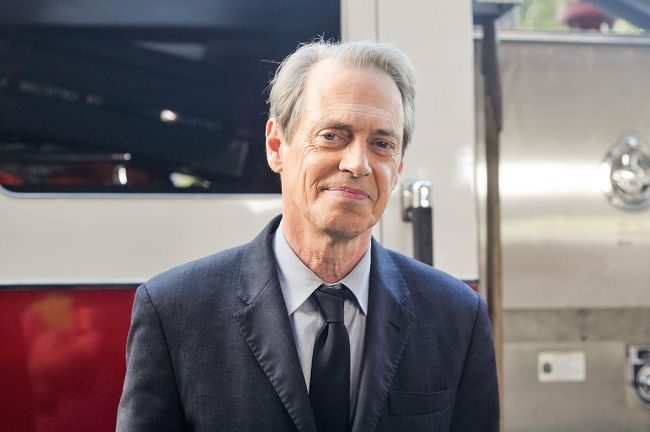 Steve Buscemi is one of those actors that — no matter what the project may be — when he pops up in something, you think to yourself some version of “Hell yes.” Yes, he has one of the unique faces in Hollywood but he also has as much range as anyone in the game. From comedic whimps like Donnie in The Big Lebowski to deviant scumbags like his character to Fargo to a menacing gangster in Boardwalk Empire, there is no role that Buscemi cannot inhabit.

Did you know, though, that despite his borderline iconic greatness, Buscemi actually hasn’t been an actor for the entirety of his professional life? Prior to his big screen debut in 1985’s The Way It Is, Buscemi was a New York City firefighter, working at Engine Company No. 55 in the Little Italy neighborhood of lower Manhattan from 1980 to 1984. And 17 years later, despite his Hollywood stalwart status, Buscemi returned to Engine Company No. 55 in the wake of the 9/11 attacks to volunteer.

In the days following the attacks, Buscemi worked 12-hour shifts digging through the rubble in downtown Manhattan, and like many of the heroes who survived the attack and helped rebuild the city, Buscemi says he suffers from PTSD due to the experience to this day.

“I haven’t experienced any health issues, and I get myself checked out. But definitely, yeah, post-traumatic stress? Absolutely,” Buscemi said on Marc Maron’s WTF podcast. “I was only there for like five days, but when I stopped going and tried to just live my life again, it was really, really hard. There are times when I talk about 9/11 and I’m right back there. I start to get choked up and I realize, ah, this is still a big part of me.”

In addition to his appearance on WTF, Buscemi also wrote an essay in Time about his trauma of 9/11 titled “Everyone Said ‘Never Forget’ 9/11. Some Have No Choice”:

“’Never forget,’ everyone said. Some people have no choice. What’s surprising is who has to be reminded. Shortly after the attack, Congress created a Victim Compensation Fund to help first responders cope with the aftermath of the day. When the money began to run out, survivors had to launch a lobbying campaign to secure permanent funding, which finally came in 2019. It was an effort led by Jon Stewart and activist John Feal and backed by every former firefighter who cannot laugh without coughing, and every family member who pretends not to notice. Never forget, because people are still struggling. People are still dying.”

The 20th anniversary of 9/11 will be on Saturday. Take a second to remember what never forget actually means.