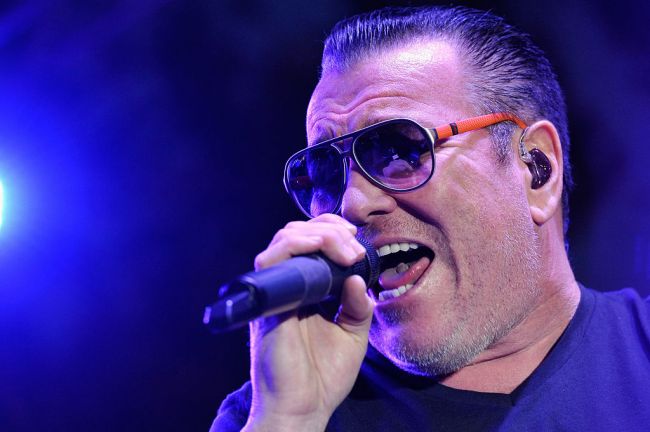 All Star. I’m A Believer. Can’t Get Enough Of You Baby. Walkin’ On The Sun.

Say what you will about the merits of Smash Mouth, but you sang every word of that top line and know every single lyric of each of those four songs despite not remembering your own father’s birthday.

If memorability is the metric for musical success, Steve Harwell and his 12-time platinum band are bumping mics with The Beatles and that Gotye song from 2011, and there’s not a damn thing your Dua Lipa-lovin’ ass can do about it.

But, after a chaotic performance at an upstate New York beer and wine festival, frontman Steve Harwell has announced he’s retiring from the band he started in San Jose, California in 1994.

Harwell told TMZ that he’s tried to power through his physical and mental health issues for one final performance, but “just wasn’t able to.”

“Ever since I was a kid, I dreamed of being a Rockstar performing in front of sold-out arenas and have been so fortunate to live out that dream. To my bandmates, it’s been an honor performing with you all these years and I can’t think of anyone else I would have rather gone on this wild journey with.”

It’s also being reported that the ice Harwell skated was getting pretty thin, as his health decline conflated by substance abuse issues has made this decision a necessity.

We’re told he was diagnosed with cardiomyopathy 8 years ago, which has led to other medical setbacks like heart failure and Wernicke’s encephalopathy … a condition that impacts his motor functions, including speech and memory. He’s also battled substance abuse over the years, which is further contributing to his health crisis.

Hopefully in retirement, the 54-year-old can slow down and coast off the joy he’s brought into the world. It sounds like it’s time for a little chaAaAnge.