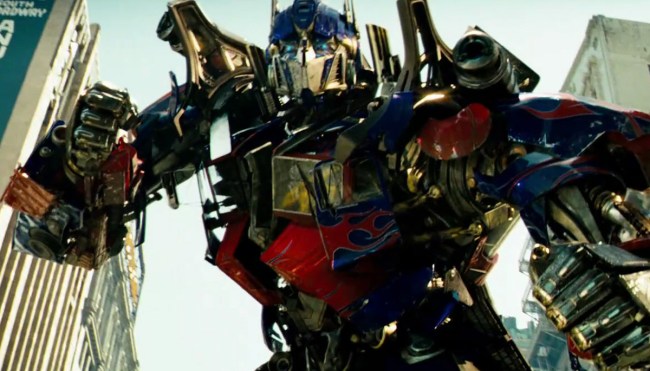 Michael Bay is one of the most exemplary cases of the “If It Ain’t Broke, Don’t Fix It” ethos that you’ll ever encounter.  After spending a few years honing his directing skills on the set of various music videos, he made a wildly successful pivot to action movies in the mid-1990s by helming Bad Boys, The Rock, and Armageddon in the span of just three years.

All of those films harnessed the “Set Pieces Filled With Massive Explosions Interspersed With Pithy Quips” formula Bay has relied on for the bulk of his career and one that served as the foundation of the five Transformers films that featured him in the director’s chair.

Bay’s initial foray into the nostalgia mines came when his 2007 live-action adaptation of the classic cartoon struck gold at the box office, as the first movie in the Transformers franchise garnered more than $700 million on an estimated $150 million budget. It then came as no surprise Bay and the studio behind the film decided to make plenty of trips back to a well that has grossed close to $3 billion in ticket sales (on top of the ever-lucrative merchandising tie-ins).

The Transformers movies are perhaps the purest distillation of the bulk of Bay’s oeuvre: they might feature a lot of things blowing up, but they’re never going to blow you away. There’s nothing inherently offensive about any of them, but at the same time, you have to wonder if the world really needed so many different iterations.

It appears Steven Spielberg also pondered that particular topic at one point in time, as Bay revealed the legendary director tried to stage a sort of Transformers intervention during an interview with Unilad where he described the appeal of the films in the same way a lot of people would describe cocaine:

“I made too many of them. Steven Spielberg said, ‘Just stop at three’. And I said I’d stop.

The studio begged me to do a fourth, and then that made a billion too. And then I said I’m gonna stop here. And they begged me again. I should have stopped. They were fun to do.”

You live and you learn.