Over One Million Dead People Received Stimulus Checks Worth A Collective $1.4 Billion Courtesy Of The Federal Government 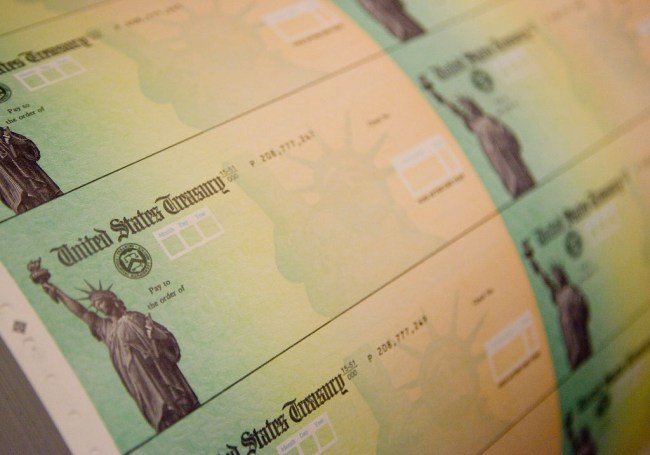 The ancient Egyptians used to bury their dead with a wide variety of artifacts, most of which were things they believed would come in useful in the afterlife. Some of them came better equipped for their journey to the Field of Reeds than others, as pharaohs and other rich people could be found mummified with all kinds of treasures, like jewels, gold, and even horses they could use to expedite the trip.

Thousands of years later, some people in the United States are getting a similar treatment in the form of the over one million stimulus checks the federal government distributed in recent months to help the deceased with rent, gas, and all of the other typical afterlife expenses.

If you spent weeks trying to get the IRS to acknowledge you exist, you know all too well the execution of the CARES Act left plenty to be desired, and on Thursday, a government watchdog told Congress that neither they nor the Treasury Department were able to prevent a huge number of people who don’t actually exist from receiving a payment.

Relatives of some of the deceased people who were mailed checks started catching on around two months ago when they first started to roll out. After surviving family members began to reach out to see if it was a mistake or if the government knew something about their supposedly dead loved one that they didn’t, the error was noticed far too late and the feds made it up to everyone by allowing them to just keep the money.

Earlier this week, we learned a second wave of “very generous checks could be on the horizon, which could start being distributed as early as August (with the majority of payments being completed by the end of September). It will have to be approved by both Congress and the White House but they usually all get along pretty well so I’m sure that won’t be an issue.

Let’s hope the “sending $1.4 billion to dead people” thing doesn’t also end up being an issue this time around.