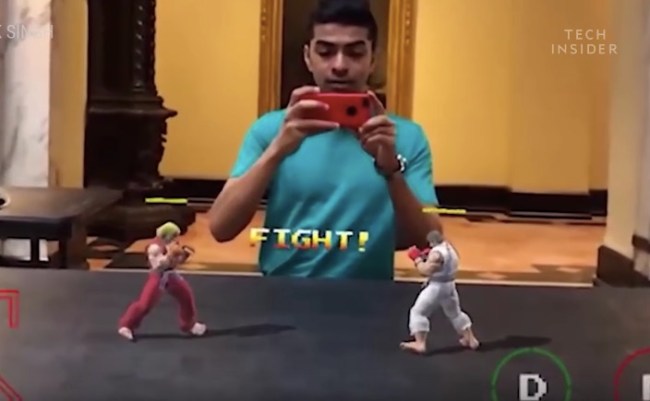 It’s really hard for me to wrap my mind around the fact that Street Fighter is a 31-year-old game (released in 1987). The Street Fighter II series was easily in my top 3 three favorites as a child. Both on the console and at the arcade/roller skating rink, it was the best.

Abhishek Singh is a UX Engineer at a startup for self-driving cars but in his spare time, he dabbles in augmented reality development. One of the coolest side projects that he’s built is an augmented reality version of Street Fighter which enables the user to play the game in real life. You can take Street Fighter out into the backyard or into a crowded city street and play it with your real life surroundings as the background:

I can’t imagine being so legit at your job that you can just create incredible products/projects like this on the side. Building out an augmented reality game like this would take the average person how long? A lifetime? This dude’s out here building awesome Street Fighter games in his spare time. Amazing.