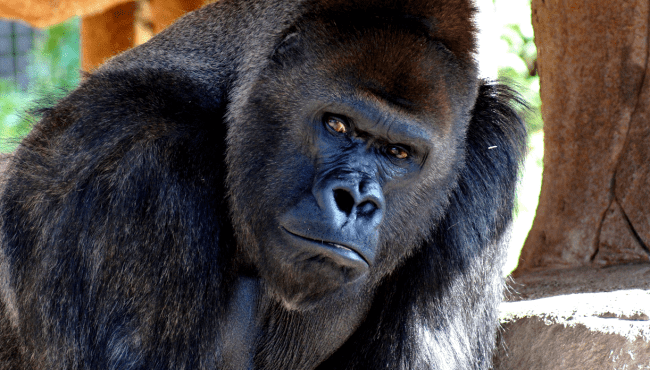 In the 1960s, there were reports that Chinese scientists had tried similar “humanzee” experiments, even supposedly impregnating a female chimpanzee with human sperm, but the ape died three months into its pregnancy. Li Guong of the genetics research bureau at the Chinese Academy of Sciences claimed to confirm the experiments happened.

Now there is a new study in which a hybrid monkey, created by cross-breeding between species, was spotted in the forest near the Kinabatangan River in Malaysian Borneo.

According to the Daily Star, news of a mysterious “hybrid monkey” which has DNA from two different species shook the science world last week.

The creature, which appears to be combined from two different species, was seen in Malaysian Borneo near the Kinabatangan River.

A new study suggested that the hybrid creature is competing for forest space.

The new study, published in the International Journal of Primatology, states that the unique primate was first discovered in 2017 when it was a baby.

Findings suggest that the monkey is a cross between a proboscis monkey and a silvery langur. While these two species inhabit the same forest, they have very different characteristics and are distantly related.

The fact that proboscis monkeys and silvery langurs are not even part of the same genus is what is perhaps most stunning about this discovery.

“Seeing this putative hybrid is per se not of concern to the balance of the ecosystem or the two species, however it is an alarming symptom of an ecosystem that already seems out of balance,” Nadine Ruppert, co-author of the report and senior lecturer at the University of Science in Malaysia, told Newsweek.

News such as this is certainly not going to dissuade any future attempts to cross-breed apes and humans to make a “humanzee,” the last of which supposedly took place at the Salk Institute for Biological Studies in the United States in 2019.

In that experiment, researchers reportedly produced the first human-monkey chimeras. The experiments were reportedly conducted in China “to avoid legal issues.”

Scientists have also recently discovered a way to combine the embryos of monkeys and humans and spliced human genes with monkeys, doubling the size of their brains.