Suge Knight Shares Wild Story About Jay-Z Getting Robbed During A Trip To L.A. In Unearthed Interview 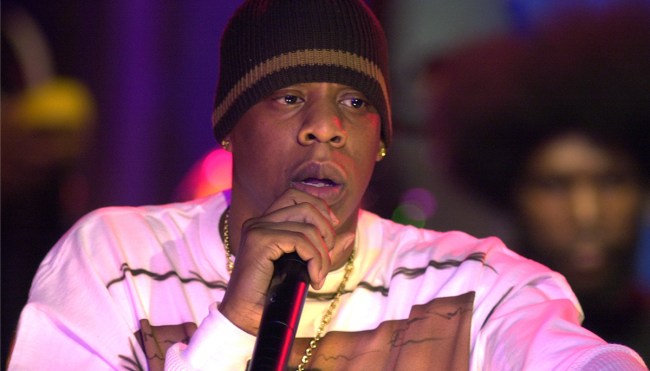 Jay-Z was arguably the most notable member of the group of New York City rappers who filled the void that was left after the Notorious B.I.G. was shot and killed in 1997, which effectively brought the deadly beef between the East and West Coast to an end less than a year after 2Pac was killed in Las Vegas.

With that said, there were plenty of lingering tensions between the various crews on each end of the United States. As a result, anyone who wandered into enemy territory while the feud’s embers were still hot knew there was a chance things could take a turn for the worse—which Jay-Z apparently learned the hard way at some point in the 1990s.

Earlier this week, a clip of Suge Knight’s appearance on the first season of Last Call With Carson Daly made the rounds thanks to a wild story the co-founder of Death Row Records shared about the time the Brooklyn native took a trip to Los Angeles with the blessing of Dr. Dre and Snoop Dogg, who promised him no harm would come to him during his visit.

However, as Knight recalled, that did not end up being the case, as Jay-Z found himself “taped up, robbed, and gagged” (a development the fearsome label executive seem fairly tickled with) at some point during the journey.

That wasn’t the first time Jay-Z found himself on the wrong end of a robbery, and based on the path both he and Knight have traveled down since then, it’s safe to say Hov got the last laugh.