The Upcoming ‘Suicide Squad’ Game Has Finally Been Revealed, Teases Superman Will Be Involved 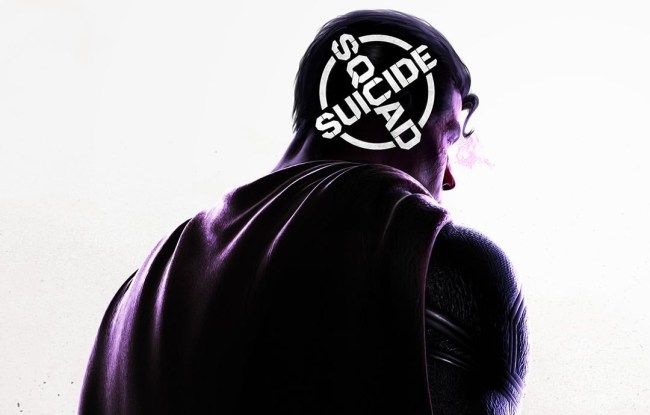 Holyyyyyyyy shit. What a way to kick off your weekend, am I right folks? After years of online rumors, Rocksteady Games — the studio behind the iconic Batman: Arkham franchise — has finally released the first-look at their upcoming Suicide Squad game. Not only that, but the teaser image seems to indicate that none other than the Man of Steel will play a major role in the game.

!!!@RocksteadyGames dropped the first-look at their upcoming SUICIDE SQUAD game, which is set to be revealed at #DCFanDome on Aug 22 🎮🔥 pic.twitter.com/uMKxzKNJ5s

The nature of this very game has been debated online for literal years now. While some fans thought Rocksteady was creating another entry into the Batman: Arkham franchise, others wondered if they were developing a standalone Superman game. This Suicide Squad project seems to lie somewhere between the two.

While not much else is known about the project, fans will learn more about the game during the massive DC FanDome event on Saturday, August 22. Rocksteady’s Suicide Squad game won’t be the only upcoming DC property to be teased, as James Gunn has promised that footage of The Suicide Squad will be shown. Additionally, there’s a very real chance that fans will also be getting a taste of Zack Snyder’s Justice League, Wonder Woman 1984, The Batman, The Flash, Black Adam, and more.

Don’t fear, Dark Knight fans, as a new Batman game is also in the works over at WB Montreal, the studio that created the Arkham prequel spin-off, 2013’s Batman: Arkham Origins. While nothing about this title is currently known at this time, it wouldn’t shock me if DC also revealed this game at DC FanDome as well — with the next generation of consoles dropping in just a few months, now is the perfect time to start building up the hype for these highly-anticipated DC Comics games.