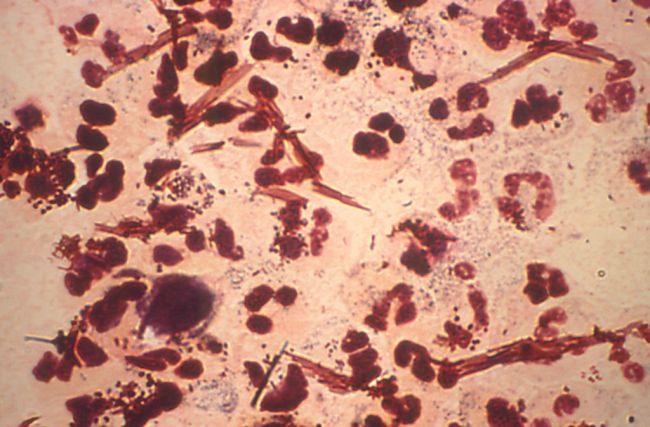 Some people go to Cambodia to see incredible attractions such as the Angkor Wat or the Bayon Temple. Then there’s the other kind of tourist who goes to Cambodia. Unfortunately, for one tourist, he left Cambodia with a special souvenir – a case of super gonorrhea.

In April, an Austrian man in his 50s visited Cambodia and had unprotected sex with a sex worker. However, the gentleman received a parting gift from his trip.

Eurosurveilance – a European scientific journal on infectious disease surveillance, epidemiology, prevention, and control – noted that the man “consulted a urology department in Austria because of painful urination and urethral discharge.”

However, the man tested positive for gonorrhea after two weeks of antibiotic treatment antibiotics.

Forbes reported, “The super-strain found in the Austrian man was resistant to both ceftriaxone and azithromycin, as well as a host of other antibiotics normally used to treat the disease, including cefixime, cefotaxime, ciprofloxacin and tetracycline.”

Newsweek reported, “The man’s resistant strain of gonorrhea turned out to be closely related to a strain known as ‘WHO Q,’ which has previously been associated with three cases of gonorrhea in 2018, all linked to South East Asia.”

The man was later treated with amoxicillin-clavulanic acid for seven more days. Finally, he was free of gonorrhea.

Experts are concerned that gonorrhea could become resistant to drugs, which could make it potentially untreatable – opening the door for a possible pandemic.

“The [gonorrhoeae] microbe appears to be emerging as a superbug,” Dr. Magnus Unemo – the head of the World Health Organization’s Collaborating Center for Gonorrhea and Other Sexually Transmitted Infections in Sweden – told the New Yorker in 2012. “This is what we have feared for many years.”

Thankfully, there have been no outbreaks of super-duper gonorrhea.

In 2020, the World Health Organization (WHO) estimated that there were 374 million new infections. The top STDs were chlamydia (129 million), gonorrhea (82 million), syphilis (7.1 million), and trichomoniasis (156 million).